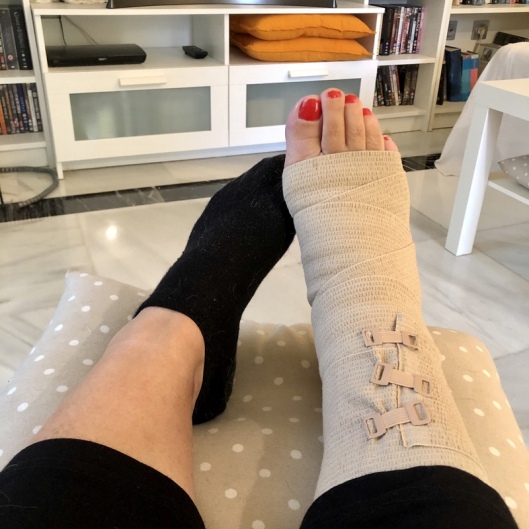 So THIS happened yesterday. At the second winery in Ronda I was being led down a pebbly slopey path and …. whoosh! …. suddenly I was down. And dammit, I knew something was wrong right away, but what was I going to do? I still had another bodega to visit and wasn’t going to get home any quicker because my bus didn’t leave until 6 pm. But by the time I got home last night my foot and ankle were all swollen and hurt like a mofo.

Once home I applied a large bag of frozen peas and considered cancelling my CT scan that was scheduled for 8.30 the next morning. But in a way it was “lucky” that I had the scan because I may not have gone to get my foot looked at otherwise. So after the scan I hobbled over to emergency to have it x-rayed. Turns out nothing is broken, and I was given a tension bandage, so that’s all good. Except for the hurting like a mofo bit.

Also looks like tomorrow I’ll be doing a sherry tour on crutches! I know I should be staying home but I also have to pay my rent. 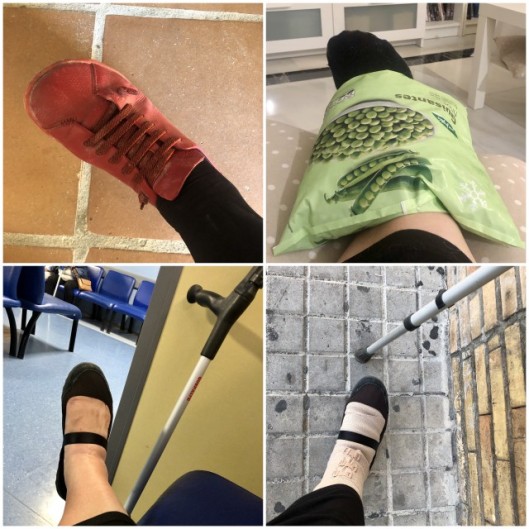