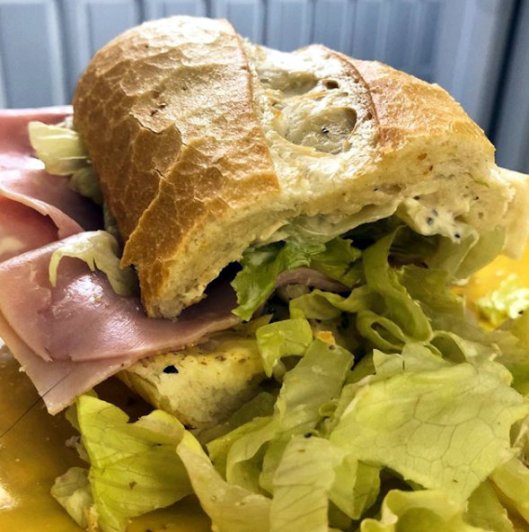 So this was supposed to be a grilled chicken sandwich on crusty bread with grainy dijon and paper-thin raw sweet onion underneath, and piles of chopped romaine and salsa az on top. Never happened. Because when I opened the packet of free-range chicken breasts I’d bought on Monday (expiry date TODAY) there was a… smell. It wasn’t strong, or even particularly unpleasant. It just shouldn’t have been there. And so I got on Twitter and asked what I should do. Meanwhile I started cooking the fuckers, since I had paid for them and, you know, maybe after cooking they’d be fine?

Well can I say? I’ve never had such a response to one simple question on Twitter before. Hours later people are still replying. Who knows? I may start trending!

Bottom line, I cooked them and then tossed them. As my pal Edward pointed out, the chicken might be fine but I wouldn’t be able to enjoy it because I’d be worried about whether it was okay or not, so why go through that. And he was right. So out they went, with me slightly annoyed that I now had extra washing up and that I had wasted perfectly good seasoning and olive oil for nothing.

Had a ham sandwich instead. Actually it was the SAME sandwich, but with sliced ham instead of chicken. And it was actually really good. So the moral of the story is… well nuthin really. It’s Wednesday! What do you want?  😉

6 thoughts on “NOT a chicken sandwich”