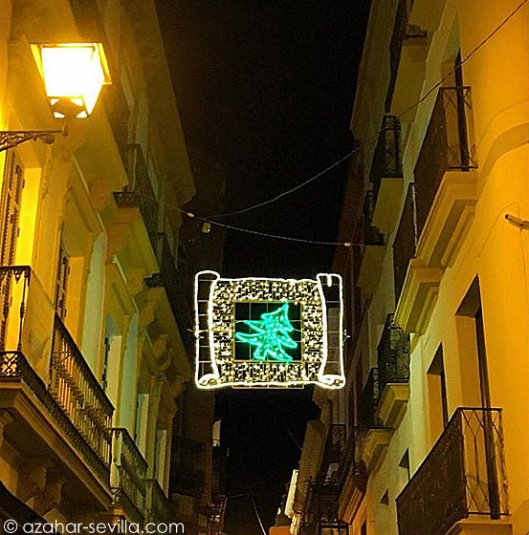 I grew up in an abusive chaotic household and, probably as a result, I strove to create my own happy rituals when I finally got away from there. And my two favourites ended up being birthdays and Christmas. Not just my birthday, I should point out. I would make a huge fuss of any friend having a birthday, the celebration of arriving here, the happiness I felt that these people were actually in my life.

But Christmas… that wasn’t just a day. It was a whole season. Not being religious I always focused on the “goodwill toward men” bit, and films like It’s a Wonderful Life and the Alistair Sim version of Scrooge would raise my hopes that there truly was good in the world, and that positive change was just an epiphany away.

Also… hey, lights! And decorating the apartment, and finding that perfect something for someone. I mean, what’s not to love? The gift bit was never a huge deal in itself, but the quest of finding something that would make someone’s eyes light up (“oooh, how did you know??”)… I always took that as a personal challenge, often starting my stealth Christmas shopping as early as September.

Back in my “baking days” I would start my rich dark fruit cake just after Halloween, and booze it up weekly until it was ready to eat on Christmas day. And back in Toronto my “shortbread boxes” became a thing of legend among friends and co-workers who would receive a white box filled with a dozen buttery biscuits, tied with a bright red ribbon.

In Spain Christmas changed in that I was pretty much always living on my own. But that didn’t stop me from putting up lights, taping Christmas cards from friends around window frames, and usually inviting a few “Christmas orphans” (expat friends stuck here over the holidays) over for a meal. In later years I would make Christmas dinner for my flatmate Peter, sometimes with, other times without, additional friends. And last Christmas was extra special when my dear friends Julie & Steve came to Sevilla just to spend Christmas with me!

Which brings me to this Christmas. I’m once again living on my own, though I’m sure that I could find some people to invite over for a meal. That’s not the issue as I don’t have to be alone unless I choose to be. The problem is that somehow, in my heart, I seem to have misplaced my Christmas spirit. There are no decorations up, no cards or gifts have been sent (well, okay… I did send one on Monday and that made me smile). But otherwise I find myself looking around at all the pretty lights here, listening to carols in the streets, all that, as if I’m in a bubble. I can look and listen, but I can’t touch or feel it.

I really don’t know what to do about this, but I don’t feel like I should just give in. Heck, I’ve got four whole days. It could be that my misplaced Christmas spirit is just around the corner, down the back of the sofa, or perhaps even just a smidgen of an epiphany away.

9 thoughts on “in search of christmas”