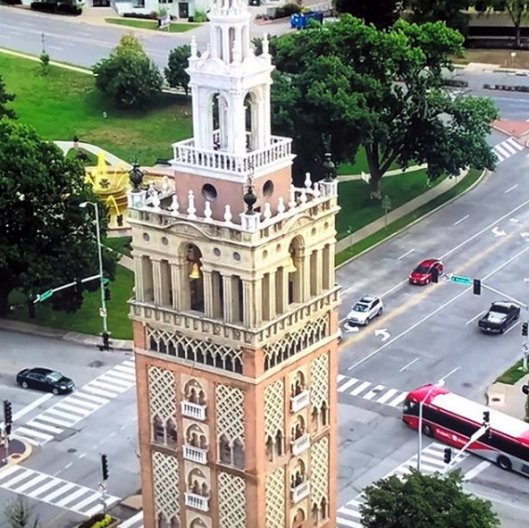 So there I was watching Queer Eye and suddenly up popped the mini-Giralda in Kansas City. I’ve heard tell of it but had never seen it before. I used to think it was odd that there was an Avenida Kansas City out by the train station, until I was told it is a sister city with Sevilla and that they even have their own Giralda tower. Cool.