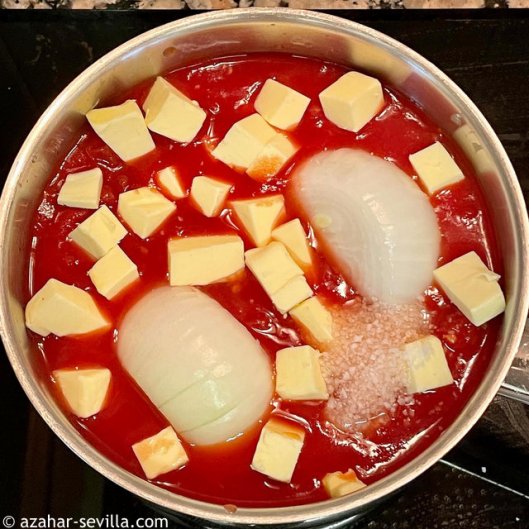 So well anyhow… what a day! Which actually started off last night when I realised that, after opening the last bag of cat food in the house, that it had been slashed open. At first I didn’t think a lot about it (screaming cats demanding dinner) thinking maybe this bag got accidentally sliced by a knife when opening the packing box. But then this morning I remembered that I had actually bought two bags of cat food a few weeks ago, had taken them to the checkout myself, and then had them delivered along with the rest of my stuff. The first bag I opened was fine, this was the second one (which has been in the original delivery bag and in a cupboard all this time). At first I didn’t even notice it had been slashed until this morning when I saw cat biscuits all around the dishes. I tried to rationalise it, thinking there must have been some accident… BUT of course, if I saw a bag of any sort of human food had been opened before arriving at my home, I sure as hell wouldn’t eat it.

So of course the obvious thing was to go to the shop and get a new bag of food. Except today was “one of those days” which happens from time to time and, as an agoraphobic, I try not to push it unless I absolutely have to. And so I called my friend @svqconcierge (aka ovenless Peter), who happened to be going out shopping this afternoon, and he did me the big favour of picking up a fresh bag of cat food. EXCEPT it turned out the shop was sold out of the usual stuff… long story short, he bought something “similar” and brought it to me. Not ideal, but better than giving my cats possibly contaminated food!

What does this have to do with the famous Marcella Hazan 4-ingredient tomato sauce you ask?

Well, I decided to try making this sauce for the first time last night. So simple. Tinned tomatoes, salt, butter and one onion cut in half. You are supposed to discard the onion once the sauce is done (after approx 45 minutes) but I ended up over-cooking it and the onion totally fell apart. So what to do? Fish out the bits of onion or just blitz them into the sauce?

Turned out that, while Peter was out doing the cat food run, I prepared a take-away lunch for him as a thank you. Which also solved my “dilemma” about removing the over-cooked onions from my first-ever Marcella Hazan sauce. I thought I’d end up losing too much sauce taking the onion pieces out bit by bit. So instead I used them in this quick lunch I made up for Peter. Free-range drumsticks with penne rigate, the tomato sauce with onions, and a flurry of parmesan cheese. Now all he has to do is heat this up when he gets home, and I have (mostly) onionless sauce to use later. 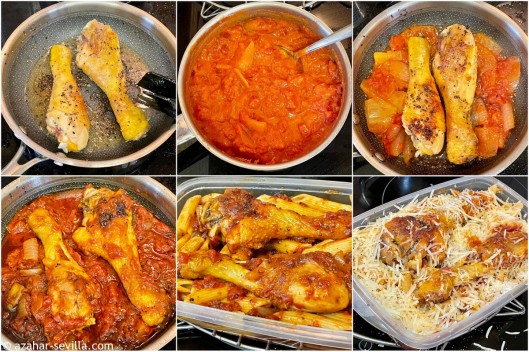 In the end… win-win! I just hope the food the cats have eaten since yesterday won’t end up making them sick, or whatever. For sure next time I get a home delivery I will take everything out and inspect it thoroughly before storing it away.