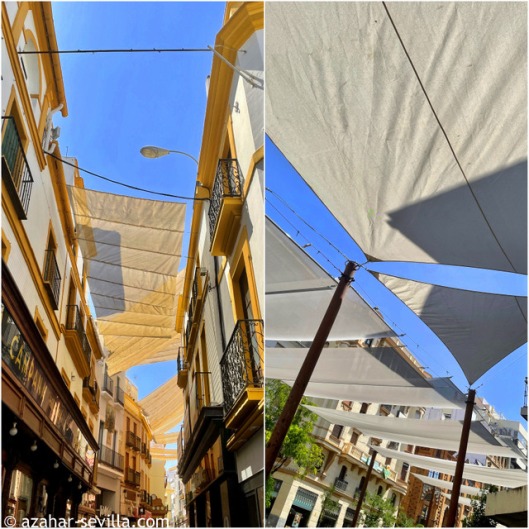 Better late than ever, I suppose. Apparently there was a fuck up between local council and the awning guys. Some contract dispute, blah blah, and so we have found ourselves only now late-July with just a few street awnings being put up. I remember back in September 1993 when I first came to Sevilla to look for an apartment and when I saw the street awnings I just went OMG THESE ARE JUST SO CHARMING and I fell in love with Sevilla immediately. It was like something out of a movie. Anyhow, I’m glad they are going up because they are not only charming they are fucking necessary.