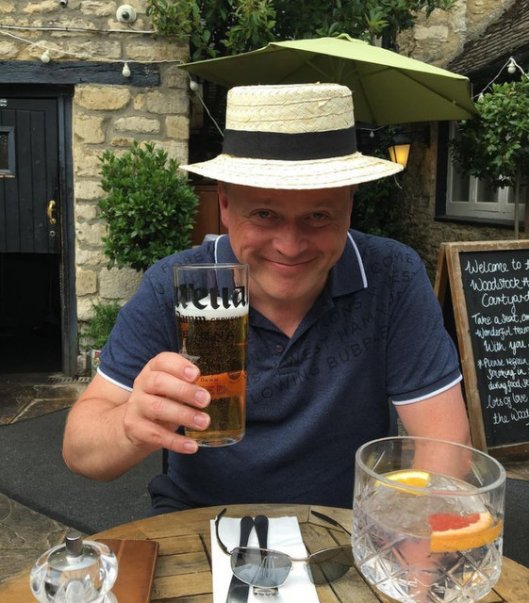 Today I “attended” my first virtual funeral. The lovely Dan Jamón died just before Christmas and then I found out about this service that was going to be streamed live and his wife Deb invited me. I really didn’t know what to expect, but planned to be there with a glass of sherry in hand to be a part of this celebration of Dan’s live. And it really was beautiful. Friends talking about Dan, their memories and anecdotes, with lots of music thrown in (I didn’t know Dan was also a musician!) and old photos and videos shown on a big screen. I knew it wasn’t going to be your typical funeral service when the minister started off by quoting Prince…

Dearly beloved
We are gathered here today
To get through this thing called life
Electric word life, it means forever
And that’s a mighty long time

From there on I heard all those lovely stories about Dan (who is mostly known as Norm, whaat?) and although tears had been gently falling down my cheeks this whole time I totally lost it when suddenly they played Angel by Jimi Hendrix while we all sat and listened. No photos or videos, just this song. A song that had meant so much to me when I was, like, 16? What a trigger. I sobbed and sobbed, wishing I’d got to know this wonderful man more, a guy who was actually “too young” to have known this song, or at least to the point of having it played at his funeral. Who was this guy?

As Deb, Dan’s wife and the love of his life, had promised… it was pretty emotional. And I felt so grateful to be included in this beautiful service. It’s left me in a tangle of emotions, and I look forward to welcoming Deb back one day so we can raise a glass to Dan in their favourite city in the world.