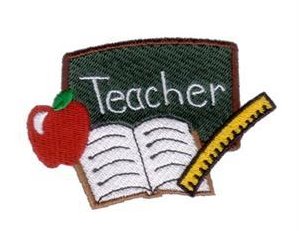 When I thought that after the liver resection last week I would just have five more chemo sessions, I was quite looking forward to getting back to work in January.  Of course, now all that has changed to six months of a different chemo treatment starting around the end of October and then another stab at doing the liver operation after that.  Which will take me up to next May/June. Shit. . .

Aside from the obvious financial worries, it’s also damn boring and lonely not being able to work, especially as most of my students are also my friends. But the main problem with teaching private English classes is that students tend to need their classes on a regular basis, which is something I can’t commit to … at least until I know how the new chemo is going to affect me. Nog has taken on some of my students who require English for their jobs and studies and I’ve sat in with him this week during the first ‘transition’ classes. And it really felt good to be back in the saddle again, even for a little while.

So I was very pleased when the other day  Dr A (who, aside from being my GP, is also my friend, neighbour and longest-running student) suggested that we go back to our classes just whenever I felt up to it, whether it be once a week or once a month. Because for him learning English is more of a hobby than a necessity. And he also suggested that a few of my other students (like Paloma, Pilar and Bosco ) might also be interested in doing this. So I’ve now spoken to them and they are quite happy to come and have class with me next week! And then, once I start chemo, just come on the weeks when I feel well enough to work.

This is so wonderful. Not only for the much-needed bit of extra income, but also for the company and feeling like I am still an active member of society. Everyone but Bosco (of the four students previously mentioned) was previously taking just one class a week, so I may still do two classes a week with him when I can. I suggested he do one regular class with Nog per week and one ‘whenever’ class with me, but Bosco only wants me … that also made me feel kinda special.

So hey – I’ll be teaching 4-5 classes next week! And probably the week after that.  And I will sit in sometimes as ‘guest teacher’ with the students that Nog has taken over, because they also miss me (as I miss them!), so Nog will get a break those days.  And the extra income will help with the groceries, though I still fret about  rent and bills.

And so I’d also like to say thank you again – and again and again – to my friends who are sending  me donations. I would be so totally fucked without your help – and I cry every time I get a donation, but it’s a good kind of crying, you know?  Because you’re actually making it possible for me to live … really you are.