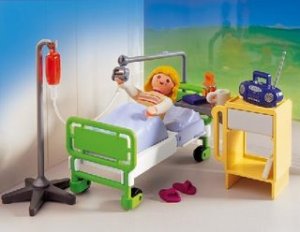 I made it!  Though things got a bit scary when once again they couldn’t find a vein to put the first IV thingy into and after about four tries I started to cry. Then the next thing I knew I was in the wake up room, drifting in and out of consciousness. Then back to my room for a rather rough night of it. Yesterday I was still pretty groggy but I was given the go ahead to drink water (yay!) and I also convinced the doc to take me off the morphine. But I really couldn’t do much other than lie here. Feeling a bit better and stronger today.

So here’s the deal. The surgeons were able to remove the tumour residue in the liver and one of the lesions in the peritoneum. Apparently the second one was very close to an artery and they didn’t want to risk hemorrhaging so they left it there and took a biopsy sample. They think it will end up being benign scar tissue like they found last time. If it ends up being malignant it will mean further surgery to remove part of my pancreas, my spleen and possibly a kidney (eep!). So it’s going to be a long 2-3 weeks waiting for the biopsy results. But the surgeon said it didn’t look like a malignant tumour and The Team is convinced that it’ll turn out benign like last time. And so, overall it’s good news.

More good news – it looks like I’m going to have the room to myself all weekend. The other bed was blessedly vacant when I came back from the wake up room, then yesterday I had another roommate for about  six hours – she was just here for some tests and went home at 2pm.

I’m hoping to have all the tubes taken out so I can get out of bed today. Just waiting for the doctor to make his morning rounds. Nog stayed here again last night (I was feeling a bit lonely) and Pipocas should be here soon. So I am being very well looked after. And you guys really made my day when I read all your comments on the ‘hanging out’ post this morning.

Must lie down again for awhile, will be back later…