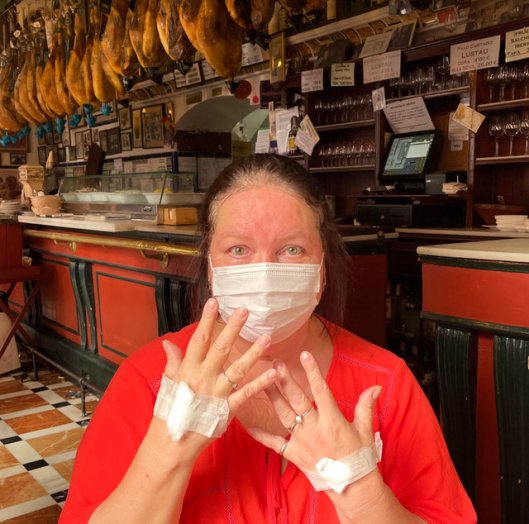 You’d think that after 14 YEARS of being poked and prodded, sliced and diced, zapped and infused, that I’d be a bit more sanguine about shit like this. Well APPARENTLY NOT. In fact, today both humiliated and infuriated me in equal measure. Had my umpteenth CT scan scheduled for this afternoon and so I got up early so I could at least have a coffee and a yoghurt before I had to start the pre-scan fast. I used to always have them in the mornings, which was way easier for the fasting bit, but I understand they try to keep the morning appointments open for hospital patients, same with chemo and oncology appointments. So anyhow, fine. This was maybe my 4th or 5th late afternoon CT appt (5.30 pm) and I know the drill by now.

Showed up in plenty of time, got shown to the room, was told to take off my bra and anything else with metal and then was ACTUALLY SCOLDED by one of the (what?) technicians, nurses, whatever because I hadn’t noticed my blouse had a couple of metal bits attached to it. WHAT HAVEN’T YOU EVER HAD A CT SCAN BEFORE??? she barked before the three of them acted like it was the end of the fucking world to find me a disposable papery garment. They fucking shamed me. So already not off to a good start.
END_OF_DOCUMENT_TOKEN_TO_BE_REPLACED

Bet your hospital isn’t this beautiful! But I also bet yours functions better as a hospital. The Hospital Duque del Infantado was built for the Ibero-American Exposition of 1929 and was the Basque pavillion. In 1973 it was inaugurated as a Regional Oncology Center, and since then it has undergone several reforms and expansions. In the 1990s Oncology care was moved to the Virgen del Rocío Hospital (my hospital!) and now Duque del Infantado is mostly geared towards outpatient care, minor surgeries and specialist visits. Which is how I ended up here this week for my oncology revision instead of at Virgen del Rocío (which was full).

The appointment was to go over the results of the last CT scan (done last November) and as I already had the results I wasn’t too worried. This was mostly to decide on what to do next. Ever since Covid I have not seen the same oncologist twice, which isn’t a bad thing as I really didn’t like the one I had been saddled with previously. But man, when they say this is a specialist visit they aren’t kidding. The onc told me what I already knew and agreed that another CT should be done (it’s now scheduled for some time in June) but when I asked her about a couple of the other somewhat alarming (to me) things mentioned in the scan results she said she was only dealing with cancer/no cancer stuff. Okey-dokey.

I mean, I’ve been in this game long enough to know that if I want answers about the other stuff then I have to get my (also new) GP to request an appointment with a Digestivo specialist but that just makes me feel so tired. Meanwhile I feel like a walking time bomb with several “issues” going on in there  involving my spleen, liver, stomach lining, pancreas, a possible fistula and that hernia sticking out of my belly button. Clearly none of this is good, but so far none of it has turned into cancer, and that is what they keep testing for. And so, that is that for now. Over and out.

CT scan today, following up on the one from the end of June, which was “inconclusive”, just like all the previous ones have been. So I will find out in 10 days or so… something? Anyhow, it was a long day because I couldn’t sleep and then couldn’t eat or drink all day (the appointment was at 3.30 pm) but I was pretty much a nervous wreck and didn’t want to eat anyhow. After it was over I took a taxi back home, which wasn’t usual for me because I usually taxi to the hospital and walk back, as I like to get my steps in. But somehow the day was feeling too hard to get through. On the way home I passed my “local bar” Bodega La Hermandad and decided to stop in for a cold beer (the nurse did say I should drink lots after the test!) and ended up also having some Emergency Jamón. And as I sat there just trying to feel normal again, suddenly I did. I felt at home and comfortable, and the food was very welcome after 18 hours of fasting. Then home for a hot shower to wash the hospital off of me. Hoping for an “all clear” this time or, at the very least, another “inconclusive” result. Fingers crossed.

So I cannot believe it’s been… 12 years!!!… since my last mammogram. Once again I had been under the impression that with all the CT scans a mammogram was superfluous. Honestly, I should read my own blog more often because it would have reminded me that this WAS NOT TRUE. Anyhoodle, today was the day. Popped over to the hospital and was in and out in less than ten minutes. Now I have to wait two weeks for the results, so fingers crossed everybody. The next abdominal CT scan should happen towards the end of October, still waiting to get the official appointment. How was your Monday? 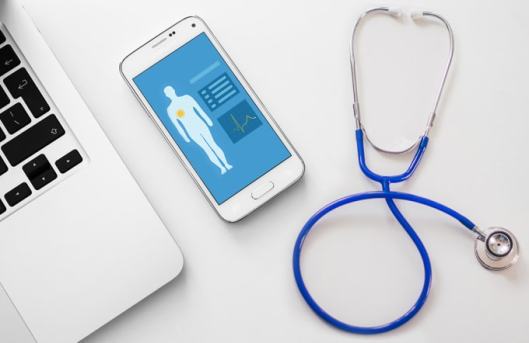 I got my CT scan results yesterday (for scan done June 21st) and it’s not a bad report. There are still some unexplained dodgy bits, but nothing has changed much since the last scan in September. At least there are no obvious signs of cancer, so that’s good. The areas of inflammation, and the spot where I was “leaking” before (ewww)  are still cause for concern but short of opening me up again and taking a proper look the best they can do is keep monitoring me with scans and x-rays.

This morning the hospital called and I have an appointment with the oncologist on Friday… on the phone! I’ve never done that before. But what the heck. It saves me a trip out there in 40º weather and perhaps it will actually be better as I won’t feel self-conscious about having my notes out in front of me. We shall see.