At long last the day has arrived … picked up my new iPhone4 today from Vodafone and am syncing him on iTunes now. So far so good.

Yeah, I guess I could have – should have? – waited for the iPhone5. But my old iPhone3G has really been acting up lately and I got a good offer on this one, both on price and monthly contract fee, so what the heck. And who knows when the iPhone5 will actually be released – and then when it will make its way to Sevilla?? With the (bad) luck I’ve been having trying to find an iPhone4 in town it just made sense to go with the phone that was actually there in the store.

Thus ends the whole Movistar nightmare, as I also switched my internet and landline connection over to Vodafone, and my tv service is now by Digital+ satellite. So I now have a faster internet connection and the same television channels as before, but for about 25 euros less a month. I also expect to save about 20 euros a month on the iPhone monthly rate. So it turns out that I’m actually quite lucky that Movistar screwed up so badly as I am much better off now with this new set up. 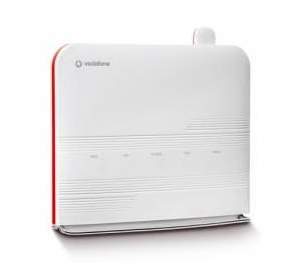 My new Vodafone router also came with a wall mount, which I just thought was the coolest thing ever – why don’t they all? So I was able to mount it on the wall next to the phone and electrical plugins – love how much tidier it is. And of course now I don’t have my tv service sucking the bandwidth out of my router and, if anything goes wrong with the internet connection, I can not only still watch tv, but the Vodafone system comes with a mini-modem that I can use free-of-charge during down-time emergencies, or else as an external modem (for a fee) when I am travelling.

Okay, iTunes syncing is done! Time to go play with my new Pippin.