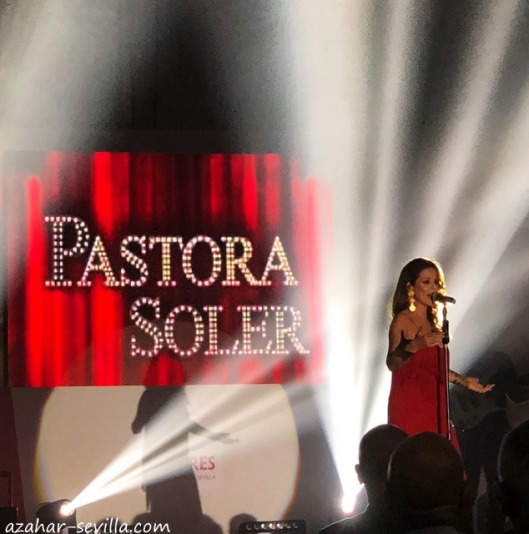 Yesterday (September 27th) was World Tourism Day, and to mark the occassion Prodetur (Turismo Sevilla Provincia) held a Gala event, Sabores de Sevilla, at the Diputación de Sevilla, with speeches and a live music show, followed by catered food and drink showcasing various products from the province of Sevilla. A big (air-conditioned!) marquee had been erected in the main courtyard for the event.

Local and global publicity for the food industry in the province of Sevilla, and the work of local government and other groups in promoting food tourism, was the main point of the evening, and this part of Spain really does have a wonderful range of high quality food products. It’s not just the ham, or other Iberico pork products, or even the famous oranges, there’s olives and cheeses, rice, the world’s best tomatoes, and a wine industry that has improved a lot since I first moved here.

Live entertainment was provided by Pastora Soler, a very popular singer in these parts, who performed the Spanish entry in the 2012 Eurovision song contest. She is also taking part in an international video campaign promoting the food and wine of Sevilla. Although I had heard of her, I wasn’t familiar with her performances, which turned out to be essentially modern/pop, but strongly influenced by the local flamenco tradition, and all sung with a big, passionate voice. Very enjoyable, and she received a standing ovation at the end of her set. 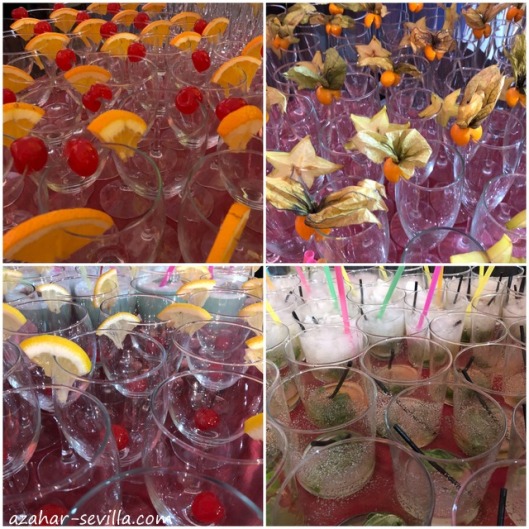 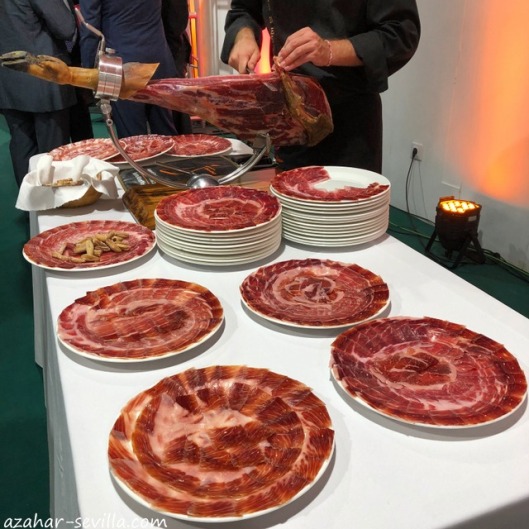 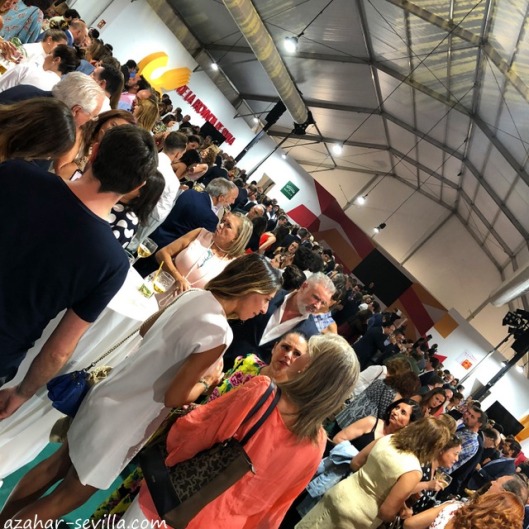 The food and drink turned out to be pretty good too, certainly by the standards of large catered events. I found myself a very nice local white wine – Ocnos chardonnay by Colonias de Galeón –  as a mainstay, and also tried a very pleasant fruity cocktail called The Widow of the Guadalquivir (!!). The food that was passed around included ham and cheese, but also croquetas, anchovies, spinach pate, and other delights.

All in all it was a fun and delicious evening, in a good cause.