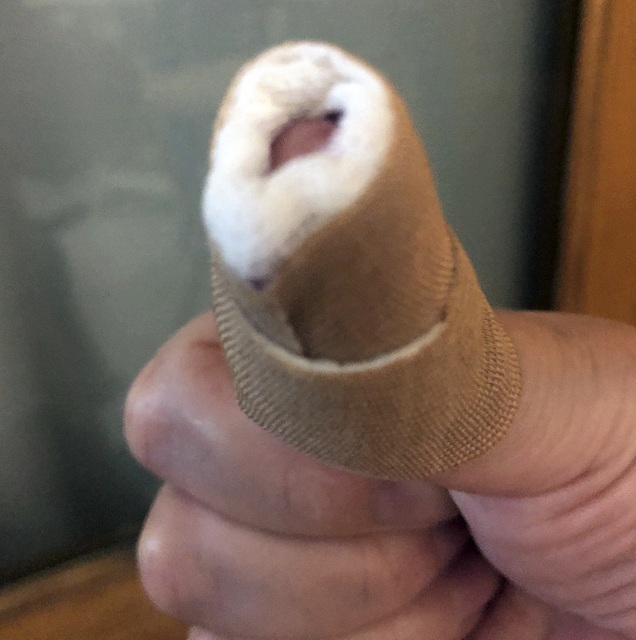 I have always been SO CAREFUL with my mandolin. I use that little guard thingy so my hands don’t get anywhere near the blades, never slice veg while under the influence, etc. Except for yesterday. Don’t ask. I had thinly sliced some potatoes, then some onions (without the guard as the onions are pointy and, again, hand doesn’t get near the blade). Then I decided to do one more potato and, yep, forgot to use the guard thingy and … BLOOD EVERYWHERE. Seriously, it was like a teen slasher film in my kitchen.

Eventually got the blood staunched and managed to find some alcohol to disinfect the wound (gaaahh, with a big chunk of skin just barely hanging on), found some gauze and a few bandaids and, well, you can see the result above. I covered it with more gauze when I went to bed, but in the morning it was still quite throbby and frankly I wasn’t keen on taking off the bandaging again without professional supervision. 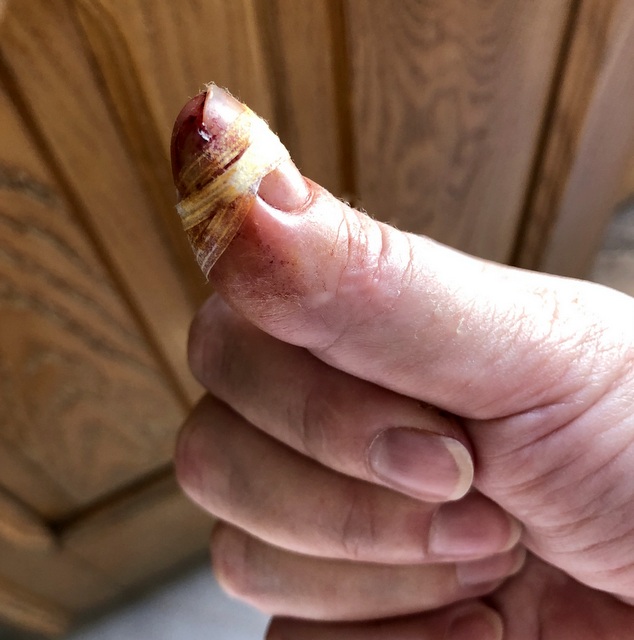 So I popped over to my health centre since I had to pick up my CT scan and blood test results anyhow, and also make an appointment for a flu jab, and then I stuck up my thumb and asked if I could see the nurse. And she was lovely, though she did scold me a bit for not coming in yesterday, since now it was too late for stitches. Instead she used these steri-strips to close up the wound and keep the (gaaaaahhh) flap of loose skin attached to the rest of my thumb.

Then she showed me how to clean and bandage it (just with gauze and tape so that the wound can breathe and stay dry) and so now this is me for the next two weeks. And the moral of the story? Nada. Shit happens. 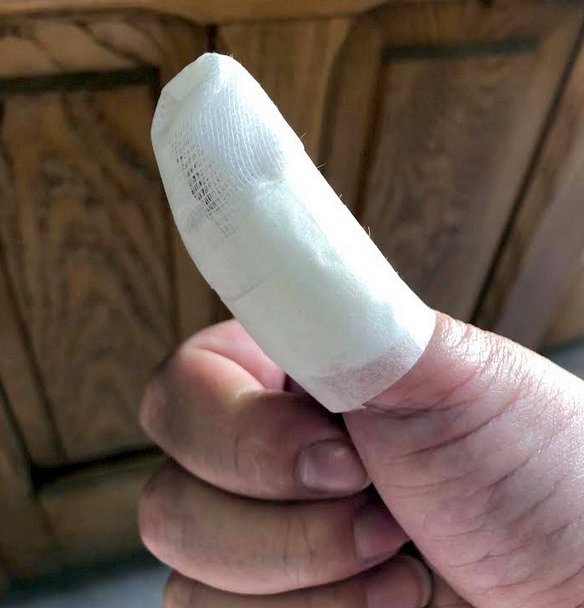