Last weekend I finally had the pleasure of visiting Mantúa, which had been on my “to-do” list pretty much since it opened in 2017 as it’s owned and run by chef Israel Ramos, who also owns one of my favourite places in Jerez, Albalá. I had made plans to go with friends Ann and Paul after the Harveys sherry tasting at the Consejo Regulador.

As you can see below, everything was beautifully presented, and the service was impeccable. Can’t really recommend Mantúa enough. It has the feeling of a place with real heart, and flavours that attest to the chef’s genuine love of his region. Unpretentious and about as perfect as a meal can get.

END_OF_DOCUMENT_TOKEN_TO_BE_REPLACED 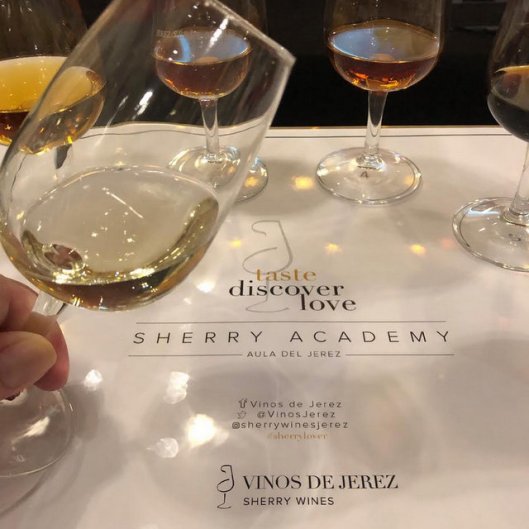 This weekend the Consejo Regulador’s Sherry Academy was holding one of its wonderful “sherry 101” tastings in Jerez, this time featuring the Premium range by Harveys, so off I went for a quick Jerez Getaway, which included lunch at the marvelous Mantúa, but more on that later.

Poor Harveys Bristol Cream has suffered from a bad rep over the years, largely due to grannies pouring a glass of it at Christmas and then leaving it in the cupboard until the next Christmas. And frankly, any wine would be undrinkable kept in those conditions. In fact, the cream style of sherry was invented by Harveys and, unlike most creams which are a blend of oloroso (75%) and PX (25%), Bristol Cream adds fino and amontillado to the recipe, making it a more complex wine than the others. Recently the iconic blue label has had a makeover. The new bottle features a thermochromic ink logo, which changes colour as it hits the perfect serving temperature. When the sherry is cold and ready to be poured, the Harveys logo on the label will turn blue.

All the wines were excellent, with possibly the amontillado being my favourite… tough call. And as always, the presentation was interesting and informative. The monthly tastings, excellent value at 12€, start up again in October.

Harveys was founded in Bristol in 1796 by merchant William Perry. During the 19th century, Harveys became one of the largest importers of sherry from the Bay of Cadiz to the port of Bristol. Harveys Bristol Cream, created in 1882 by John Harvey II and his brother Edward, is the result of a meticulous selection of over 30 blends of Fino, Oloroso, Amontillado and Pedro Ximenez grape. It is aged in American oak casks using the traditional system of soleras and criaderas and is a global icon of sherry.

END_OF_DOCUMENT_TOKEN_TO_BE_REPLACED

Day two of the Jerez Getaway with Pam & Gord started off with a WHACK of hot crispy fried churros in front of the Central Market. After that, following THE PLAN IS THERE IS NO PLAN format we had been going with, we decided to see if we could go to Lustau for their Copa en Mano bodega visit. And there was still places available! So off we went after a quick visit to the market and cathedral. 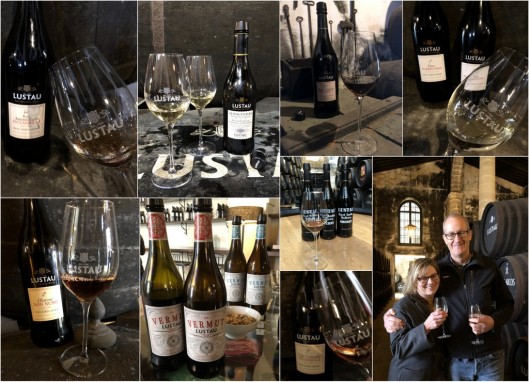 I really enjoyed the concept of this tour. Usually people visit a bodega and then have a tasting at the end. With this one visitors start off with a glass of manzanilla and then taste their way around the various Lustau bodegas, finishing with sweet wines and then a bonus vermouth tasting in the shop. So it was a lot of fun, and we tasted some very special wines which I don’t think are included in the regular visit. And then it was time for lunch!

My friend Tomoko met us at Lustau, since (no plan, right?) we still weren’t sure where to go. From there I called one of my favourites, Albalá, and was told they were fully booked, but if we showed up we could go on a waiting list. Well, good enough for us! And sure enough, after a quick taxi ride, and about ten minutes after arriving and enjoying a drink at the bar, we got a table. Food was amazing, company even better. And afterwards we walked back into the centre for a penúltima. Then it was time for me to go. I didn’t have a return train ticket, leaving it open since THERE WAS NO PLAN. In the end I left Jerez at 7.15, and was home, unpacked, showered and with a load of laundry on by 9 pm. With my cats! It was a great getaway. 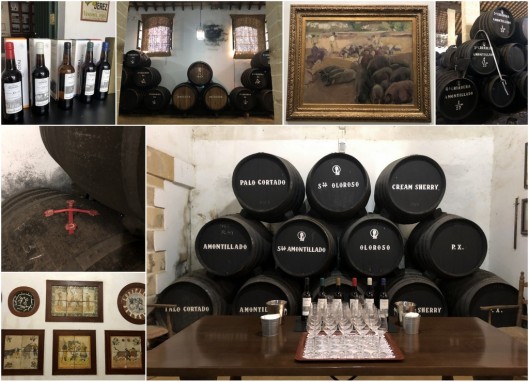 The theme for this latest Jerez Getaway was… THE PLAN IS THERE IS NO PLAN. Obviously there were some inklings and ideas, a few wanna-dos and several would-like-tos, but in general everything happened almost by chance.

I left Sevilla with Pam & Gord in their rental car, and on the way to Jerez it became apparent that we would actually get there in time for the noon English bodega visit at Tracición. So I contacted them from the car and said we’d be there. We arrived two minutes before the tour started. Yay! As always, it was a great experience, visiting both the bodega and private art gallery, and tasting some amazing VOR (+20 years) and VORS (+30 years) sherries.

Meanwhile, I was also hoping to stop in at Urium. I’d been in touch with Rocío and she said her dad Alonso was planning to be at the bodega around 5.30, which was perfect as it would give us time to check into our accommodations after Tradición and have a quick lunch. Then I got a message from Rocío saying that Alonso was meeting his friends at the bodega at 3 pm… okey dokey.

This actually gave us plenty of extra time to do our check-ins, but it also meant I had to see if my other friends Anne & Paul could meet us at Urium earlier. It also meant we wouldn’t have time for lunch between bodega visits. Oh well!

Turned out no lunch wasn’t a big issue as the other group of friends that Alonso had invited showed up with whacks of food, as did Anne & Paul. And suddenly it was a party.

Just so you know, Bodegas Urium do not offer visits to the public. This is a small family run bodega, with Papa Alonso, his daughter Rocío and her husband Mario taking care of pretty much everything. It also isn’t the type of bodega suited to tourist visits, simply because it is a unique experience that can’t be replicated on a daily basis. Each time it’s something different, which this time included everyone singing Christmas carols in both Spanish and English. So lovely. I feel very privileged that the Urium family includes me in their sherry family. 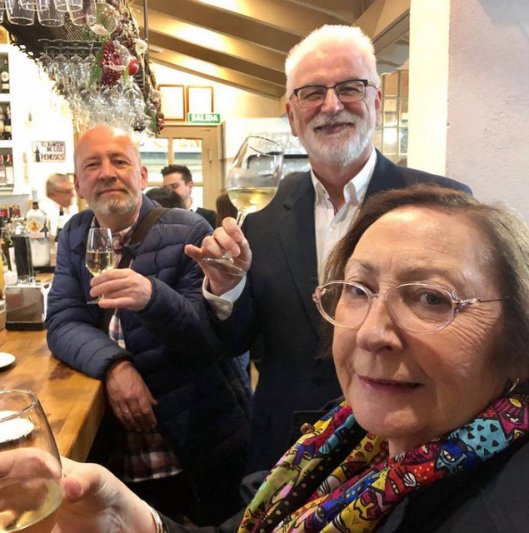 Although I have happily hung out with Anne and Paul in Jerez on several occasions, this was the first time we have met up in Sevilla. As they happened to arrive in town the same day as the opening of my friend Ana’s new bar we stopped by there before heading out for some tapas at Palo Santo. Good times!