So this just arrived! And it’s fabulous. But there is quite a story behind it. Back in August 2013 I was scrolling Twitter one evening and saw a tweet by Niamh @eatlikeagirl talking about needing to meet her Kickstarter goal in order to get her Bacon The Cookbook project going. If I recall correctly the deadline was that night. And well, I’d been following Niamh for quite awhile, and I also love bacon, so I decided to invest and hoped she reached her goal – which she did! Great. And for 30€ there was the promise of a copy of the book – if all went well we would be receiving our signed copies by Christmas. Which, well, obviously didn’t happen.

Thus began a series of group emails from Niamh to all of us investors, explaining the various glitches and upheavals (personal and professional) that were keeping her from completing the project. And at first I thought, okay, no problem. I mean, it’s a cookbook about bacon. I wasn’t going to die if I never got it. Also, I’d never done a Kickstarter thing before. I just figured it’s like any investment – you pays yer money and you takes yer chances. There are no guarantees. END_OF_DOCUMENT_TOKEN_TO_BE_REPLACED 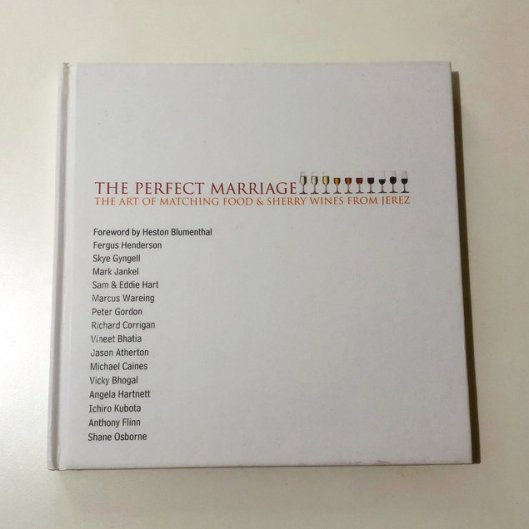 What a lovely (it’s never too late! 😉 ) birthday present from Anne. A book with recipes by several top UK chefs that include their choices for sherry pairings. I think this is now out of print – it was first published in 2007, coincidentally the same year I started Sevilla Tapas –  but Anne found it on her last visit to the UK and thought I’d like it. Thanks so much sweetie!  ❤