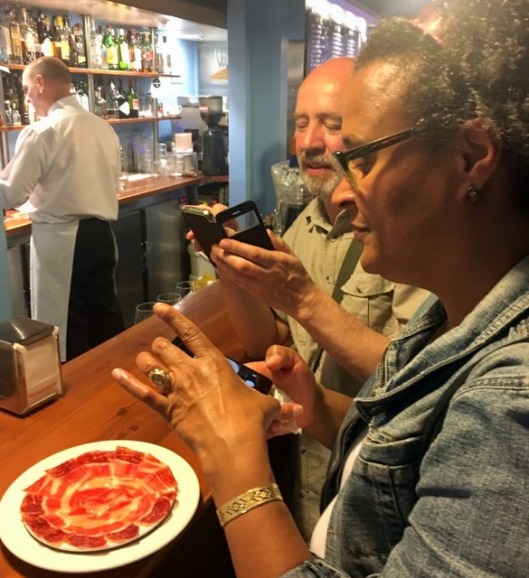 Neither Barbara @emoticomma nor I can remember when we started following each other on Twitter, other than it was several years ago. But when I found out she was going to be making a one day only “cameo appearance” in Sevilla of course we had to meet up. We ended up doing a nice tapeo in barrio San Lorenzo, where mucho jamón was consumed. Also mucho vino, finishing with some lovely cava at La Azotea. Barbara promises to come back with her husband next time for a longer stay. Good ol’ Twitter.  🙂