I had been looking forward to this ever since Thane @thaneprince got tickets for the Sorolla exhibit a few weeks ago. The first of its kind in London since 1908. So I got up extra early to be sure I was on my bus by 9.00 am, and I arrived at the National Gallery right on time. Phew! The exhibit was exquisite. And afterwards we had a treat in store as Thane had booked us for an early lunch at the fabulous Lao/Thai/Mekong pop up by JeoJeo at Sun and 13 Cantons in Soho.

Bob and I were happy to leave Thane in charge of ordering for us, and she did an expert job since, well, she’s an expert. A wonderful combination of flavours and textures (and plenty of fresh cilantro!) accompanied by a lovely rosé wine. There is nowhere in Sevilla to enjoy Thai food, so this was an extra special treat for me. 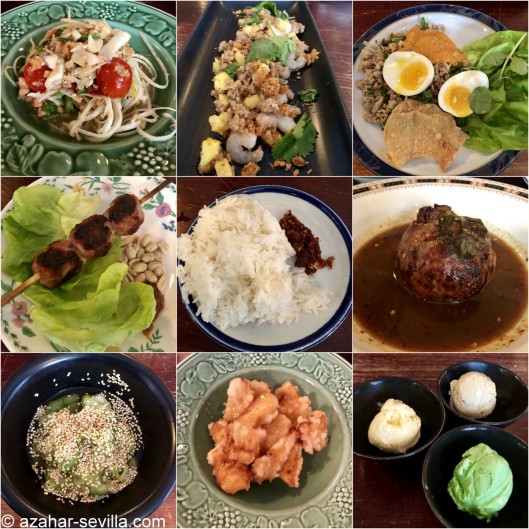 Lunch started and finished early and I found myself wondering what to do with myself as my evening plans with the boys (@cityjohn and @marcooth) had still not been confirmed. Then I remembered I’d been invited to the Cheshire Cheese by Audrey @audreygillan where friends of the late Simon Ricketts were gathering to raise a glass in his honour on his birthday. So I walked over to Fleet Street – getting those steps in – and by luck found Audrey standing outside the door. She took me by the hand and led me inside, introducing me to people here and there and thrusting a glass of wine in my hand. Then she was off again. What a whirlwind of a woman.

I want to be Audrey when I grow up  🙂

By now it was getting on and Mark was off work, so he dropped by the Cheshire Cheese to pick me up, and informed me that the Winemakers Club was just up the street. What… again? Hell yeah! So we went over there to wait for John, and Mark treated me to some lovely champagne.

These guys. I just love them. I’ve never understood why all these smart, funny, attractive 30-40-somethings want to hang out with an fat old thing like me, but apparently they do, and I love it. Eventually we decided it was time to eat something and made our way over to Zelman’s Meats in Soho. More wine consumed, also a fair bit of amazing grilled MEAT. Then the boys put me on my bus home. Although it wasn’t a particularly late night, it had been a full-on day of pretty much everything. And definitely a bit too much wine! But what the heck. I had one more day in London and hoped I would be up for it. I needn’t have worried. 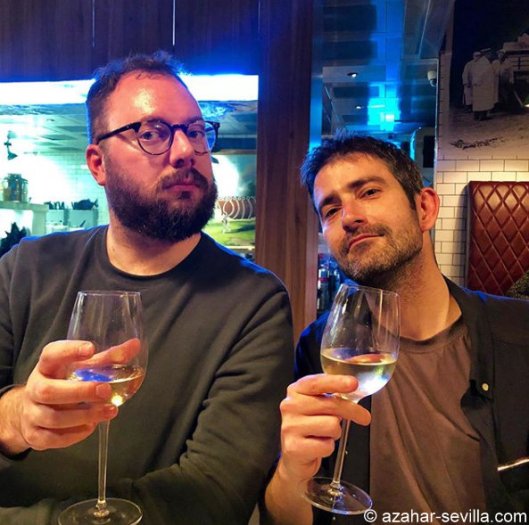