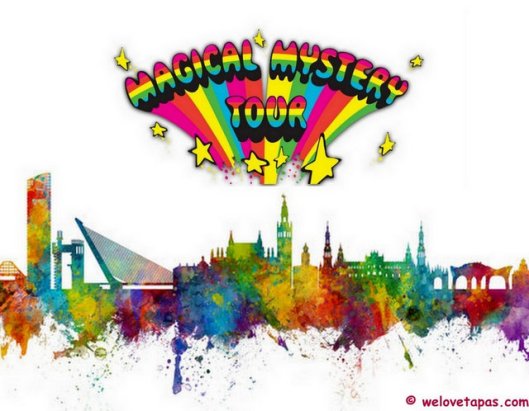 We Love Tapas has been up and running again since June, with my new WLT manager José Andrés. We’ve also been working on some new tour options, and this is one that I think is going to be quite fun.

Sevilla is a magical city and with our local expert José Andrés you will experience it all – culture, history, and local lifestyle, while tasting some of Sevilla’s best tapas and drinks. José is ready to make sure you will have an unforgettable time in Andalucía’s colourful capital city. But here’s the thing… if you sign up for our Magical Mystery Tapas Tour you never know where you’ll end up, but we guarantee it will be delicious. Perhaps you’ll take a stroll through the old town, or a trek around lesser known barrios; you may find yourself getting on a bus or the metro to discover further flung neighbourhoods and their unique tapas bars.

I’m thinking though… since until next spring (at least!) we are only offering private tours to vaccinated people travelling in their “bubbles”, maybe it should be a flat rate tour fee and then clients pay for the food and drink as they go. So then there’s no budget to stick to, no limits. What do you think? 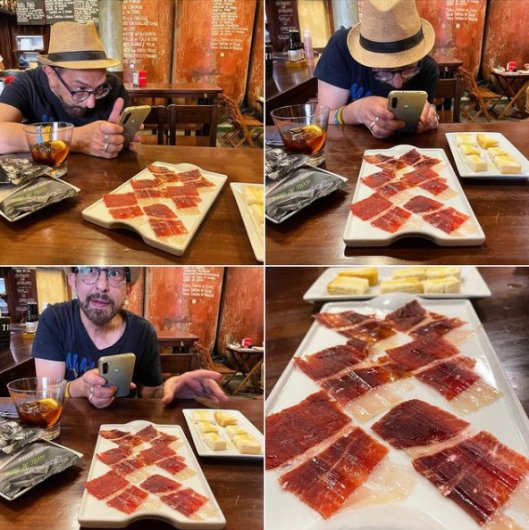 So there I was just doing the usual last week when I got a call from José Andrés asking about We Love Tapas and whether I was hiring guides. Well, up until then I had no plans re: rebooting WLT. I had been thinking about possibly starting with my own Sevilla Tapas Tours in September, depending on how things went during the summer re: Covid. But suddenly there was this guy saying he was vaccinated and ready to go, and in fact had already started doing some tours with another company. So we agreed to meet up and, well, say hello to my new WLT guide manager.  🙂

Today we had a tapas tour walk-through so I could introduce him to the bars, show him the route, etc. I’ve decided to start with the Traditional Tapas Tour and maybe start offering some of the others in Sept-Oct. Meanwhile José is going to contribute his ideas for tours (he has a lot!) and hopefully we’ll be incorporating them into WLT too.

So many coincidences with JA. He’s was born in France (parents from Sevilla) but raised in Canada (Montreal) later working in the fashion biz in Toronto, so we know a lot of the same people. I mean, talk about a small world. Plus he’s about 5 years younger than me, so not a “kid”, which is also refreshing. And he’s so full of energy – it’s great spending time around him. Anyhow, wish us luck. Since last week I’ve already booked one tour for late September. Yay! 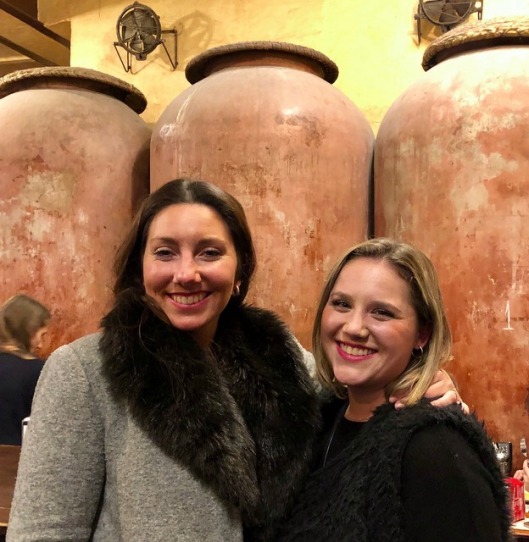 A new month in a new(ish) year and some new changes for We Love Tapas. María and Marta have just joined the WLT team and I couldn’t be happier. They are both lovely, outgoing, charming and eager to learn. So along with Olga, who will be taking over promotion and other admin duties mid-February, am looking forward to lots of growth, both professionally and personally.  🙂

One of the great pleasures of running my “little sister” food tour company We Love Tapas is that I can create and develop different tapas tours. One of my favourites is the Oldest Taverns Tour. The first version of this tour included 4 bars that were all over 100 years old, but then sadly one of the bar owners passed away. The next version included 4 bars 75 – 165 years old, but it didn’t feel quite right. So this week I met with Team WLT and introduced a revamped OTT tour, which now includes visiting 5 bars, all of them over 100 years old, all family run, all fabulous. The first one is tomorrow with the amazing Delia and I’m really excited to see how it goes.  🙂 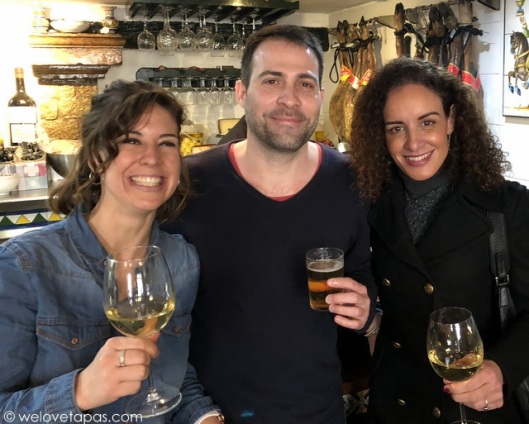 Spent a great afternoon today with my fabulous We Love Tapas team, showing them a new tapas tour route… the Tasting Triana Tour. This is actually something I’ve been doing myself for a few years, but thought it could be adapted for WLT. And I think it’s going to be a hit. I’m so fortunate to be working with Delia, José and Cinta and today their feedback, suggestions and enthusiasm about the tour were invaluable. Thanks guys! xx