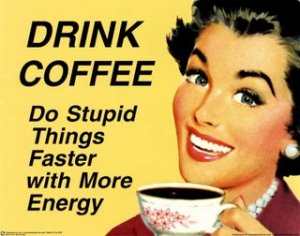 It’s true that I don’t really start functioning properly until I’ve had my 1.5 cups of steaming hot coffee in the morning, preferably brought to my bedside by Nog so I can stay snuggled under the duvet with my laptop until I have to get up and face the day. But yesterday wasn’t a typical day because I had the dreaded CT scan scheduled and so, even after the usual amount of morning coffee, I decided to stay in bed awhile longer, snuggle cats, and try to forget what was going to happen.

As it turned out, and compared to previous “scan days”, it could have been much worse…

Especially if Pip hadn’t saved me by asking me to save her.  She called late morning and said she needed to get out of the office for awhile and asked if I wanted to go to Ikea with her. I’d just finished my toast and was looking down the barrel at a very long day of tedium and dread, so an impromptu trip to Ikea worked out well for both of us. Even though I have a serious love/hate relationship with that place I always love the kitchen section. It almost makes the rest of the whole Ikea experience worthwhile. 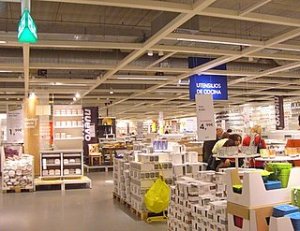 Of course, going to Ikea was just an excuse to get out and drive around and talk a lot and so, after purchasing a couple of “I didn’t know I needed them till I saw them” items, we drove around a bit more and finally got back to Sevilla at lunchtime. But no lunch for us. Pip had to get back to work and I wasn’t allowed to eat until after my CT scan. And so, after doing some work on the tapa blog and watching Nog eat his lunch, I decided I would just get on The Bike and do stuff like take biz notes, send some text messages and watch tv … ended up staying on the damn thing for an hour (at a ‘walking pace’, but what the heck). 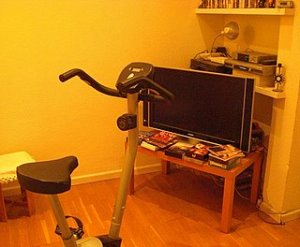 I also started drinking the awful gacky barfium – a whole litre of it – and somehow managed to get most of it down before I had to meet up with Pip again to go to the hospital. And that was the part I’d really been dreading because the previous time I’d been painfully poked and prodded with a needle five times in my hand and arm veins before they finally got it right. So I told the guy in the CT room that I hoped he’d have better luck and he guaranteed a one-poke deal. And he was so sweet and funny and charming that I didn’t even mind that it took two pokes. He also let Pip stay with me during the prep, which helped a lot. She is so great at providing chatty distraction therapy and making weird and scary situations feel almost normal (well, normal for us).  Here’s a shot of the Machine… 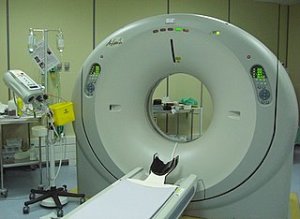 After the scan was finally over I was feeling extremely weak and shaky and Pip deduced that this was because it was almost 8 o’clock and I hadn’t eaten anything since the morning, so we went off in search of sustenance. Ended up at a nice little place near Pip’s house call El Aceite and had a snack of toasted country bread with olive oil & jamón serrano, and a plate of manchego cheese. It was perfect. 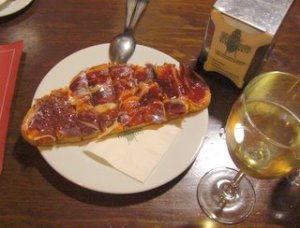 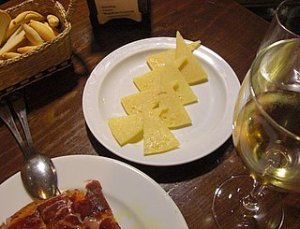 After I got home again I called Ricardo and Pilar (from The Team) to confirm our classes for next week – they are both finally coming back to English classes! I also told them I’d just had the CT scan and Ricardo said he’d call down for the results on Monday, so I won’t have to wait long.  He also knows Manu – the “one-poke” guy – and said he would tell him how pleased I was with my treatment there.

Capped off the day with an episode of Boston Legal series 4  (you’re right Puddock – it’s great!) and did my best to finish off a 1.5 litre bottle of mineral water before bed.  So yeah, it could have been a lot worse. In fact, it has been a lot worse.  I just hope that that’ll be it now for three months so I can concentrate on my projects.

Thanks again for yesterday, Pip.

16 thoughts on “it could have been worse…”