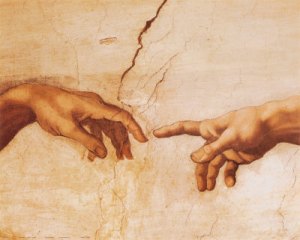 Have decided to get creative about this …

Had the latest PET scan last Thursday, after having been “rescued” by my new oncologist a few days earlier. She was the first person since all this started last May to point out that CEA marker tests were totally useless in my case (they always ended up “normal” even when I  actually had tumours) and also suggested that CT scans were probably not going to be that helpful either. Hence the latest PET scan. And well, it wasn’t very good news …

Turns out I have two new tumours – one in my liver and one in the peritoneum. To be honest, I was half expecting this because it felt like I had “missed a step” when my ex-onc didn’t prescribe adjuvent chemo in January (because I’d had two back-to-back surgeries and had apparently been NED since last September). And so it was back to see Dr Ana yesterday evening. A very sobering experience because we are talking about maintenance chemo now. And I suppose this has always been the case since I was diagnosed (it was never a very positive prognosis) but while I was on the first chemo and and having all those operations it felt like all that was being done in order to get rid of the cancer, and not just postpone the inevitable. So I am having to mentally and emotionally switch gears here.

First response was … FEAR. I started crying when I was told I’d be starting chemo again this week (Thursday!). Felt like such an idiot. I mean, I was more or less okay until Dr Ana said I should be able to live my “normal life” while on chemo for the next six months. I then explained how during the first week of the cycle I’m totally knocked down with nausea and fatigue, etc  … and she basically told me I would have to try harder if I wanted to keep working because there was no reason for me to feel that bad. And that’s when I started to cry.

So like, what?  I lie around in bed for 4-5 days writhing in nauseous agony just because I’m a wimp and not trying hard enough? Oh, and apparently the effects of the injection (including not being able to touch or drink anything cold) should wear off after a couple of days. In my case it’s ten days. Which raised an eyebrow when I mentioned it. So I decided not to get into “metal mouth” and “chemo arm” and not being able to use the injection hand for a week, and basically feeling like my whole body was being poisoned … just in case she decided to lower the dosage or change the chemo treatment. Because basically, I want what worked last time! Or at least, what seemed to work.

I still don’t know (and will never know) if these new tumours are a result of not having received immediate post-op chemo, which is the usual protocol. But the message seems clear now that, since I’ve had a recurrence so soon after all that surgery, no more surgery is going to be happening, and I am now on what is known as maintenance chemo.

Given that the original prognosis was that I had a 50/50 chance of still being alive five years after diagnosis, I reckon it’s time to get creative with that notion. With the way I live the rest of my life, however long that turns out to be. And I don’t mean just spouting the usual “carpe diem” mantra that is so prevalent these days because, let’s face it, we do have to think about tomorrow. Nor that old chestnut about how none of us can say how much time we have left because of possibly being run over by a bus (actually, if one more person says that to me … grrrr). I’m talking about seeing my situation as a place for creative growth to happen, and then making that happen, instead of just riding this crazy life-or-death cancer rollercoaster all the time.

I mean, chances are I won’t have to worry about not having a retirement fund. But why should that stop me from building towards a future, no matter how elusive it may seem right now? I have to admit I’m still feeling quite scared about the next six months, and not least of all because I have no idea how I’m going to pay my rent.  I’m also dreading the chemo big time, but as there won’t be any major operations involved this time, maybe I won’t get so sideswiped by it? And it helps knowing that you guys are going to be there with me. Just like right now. Thanks for “listening”…