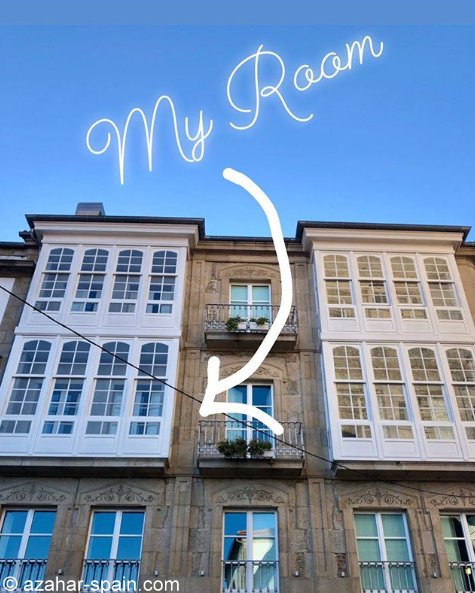 I arrived in Santiago late afternoon on Thursday and was met at the airport by Anna & Jorge @guitianmayer, who whisked me away to the lovely Hotel Pazo de Altamira, which was to be my home for my first two nights in Santiago. 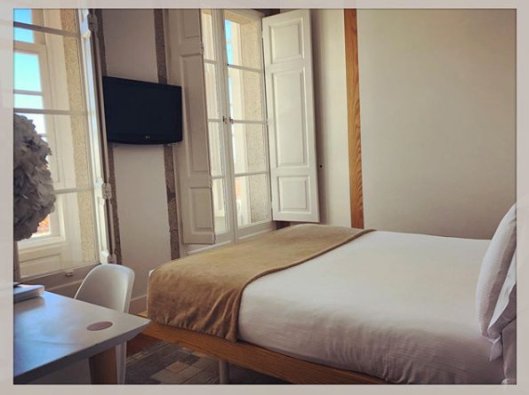 That evening we were invited to a Galician wine pairing meal at Cafe de Altamira by Adrián Comesaña. Before that we did a bit of a tapeo, first stopping at the beautiful “hidden gem” garden at Hotel San Miguel for a glass of wine and then going for a couple of fusiony tapas at Izakaya Markesa. 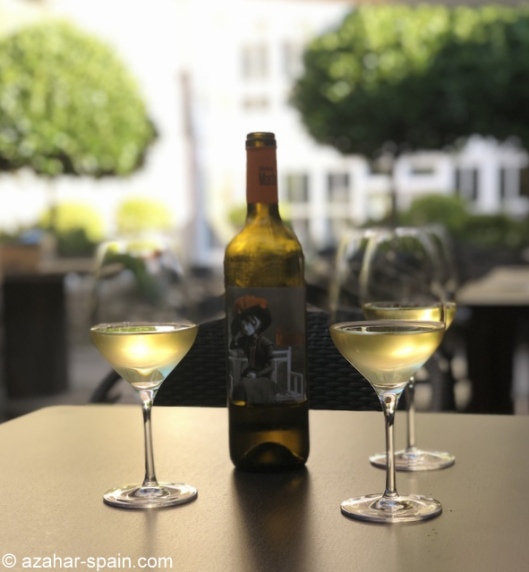 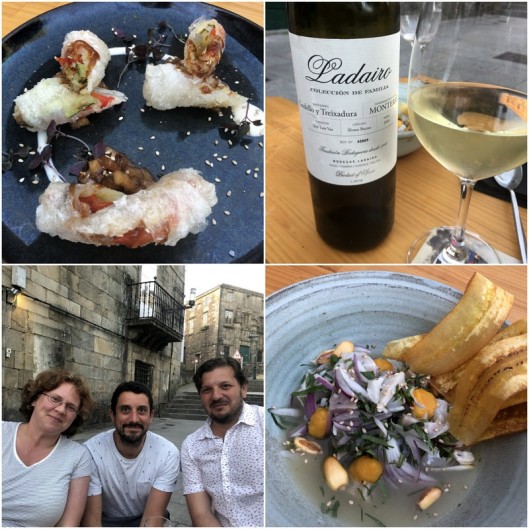 Then it was time for dinner! We were met by Adrián Comesaña and the games began. Five gorgeous courses and several wines later we were happy and replete and ready for bed. Luckily mine was just upstairs! 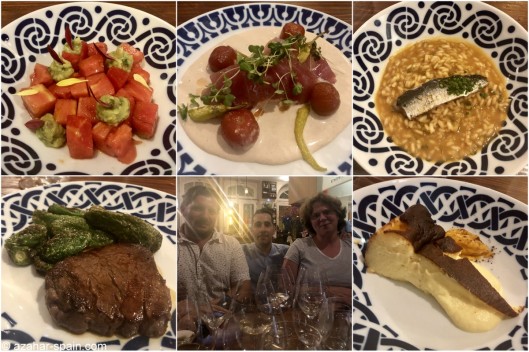