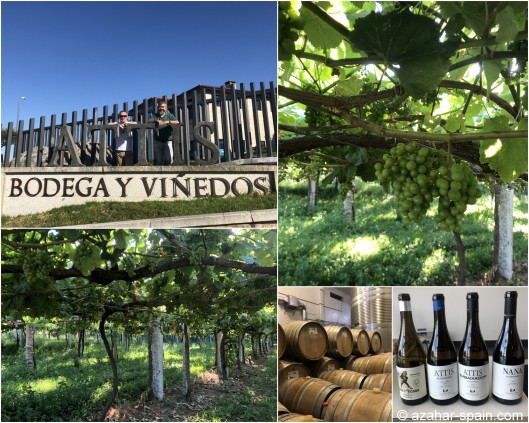 Up early to visit wineries in Rías Baixas, about an hour’s drive from Santiago. Jorge & Anna @guitianmayer had organised a very full day for us, with the first of our FIVE winery visits at 9.30. I was excited because everyone wants to go to Rías Baixas when they visit Galicia, though apparently summer is full-on touristy. Luckily we had private tours booked at the bodegas and missed most of the crowds.

First stop was Bodega Attis (above). Run by the Fariña brothers and their father the bodega prides itself on traditional artisanal methods, producing autochthonous wines. We were met by Robustiano Fariño and winemaker Jean François Hebrard and given a tour of the closest vineyard and the bodega, followed by a tasting of four white wines and one red. 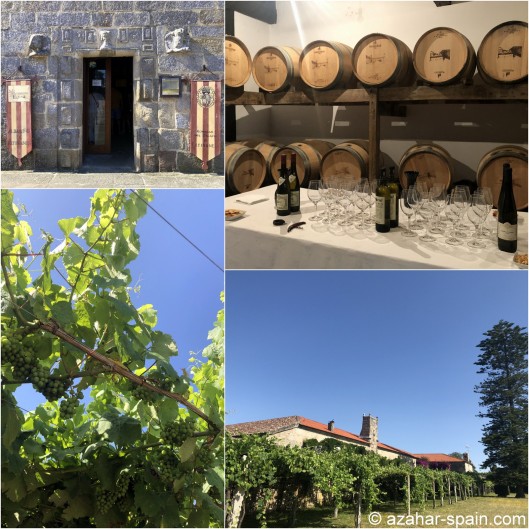 Then it was off to pretty Cambados and Bodegas Fefiñanes, housed in the splendid 17th century palace of the same name. We had a private tour booked but as we arrived at the same time a group of UK wine buffs were starting their tour, we ended up joining them. The tour was interesting, but we felt it would have been better had we been taken out on our own as planned. Still, the grounds are beautiful and the wines are very good. 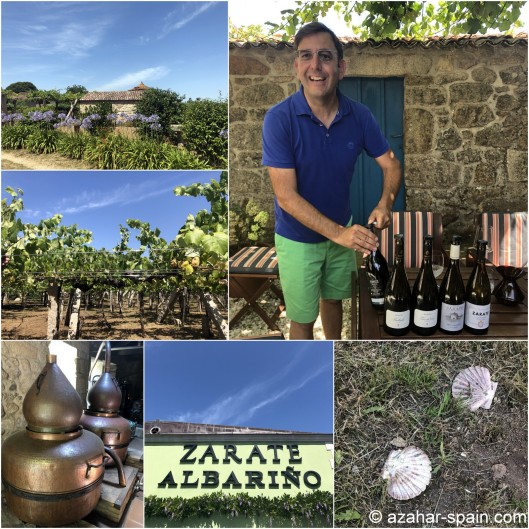 Next up was a visit to Bodegas Zárate and what was to be one of my two favourite winery visits of the trip. From the moment owner Eulogio Pomares came bounding up the stairs to greet us I knew this was going to be special. Now into its seventh generation, the bodega has been run by Eulogio, viticulturalist and winemaker, since 2000. His enthusiasm is infectious and we were regaled with stories about the vineyard and family, such as how in the 1950’s Ernesto Zárate founded the first Cambados Albariño Festival, which was basically just Ernesto and a few friends sitting aroung trying the new wines. Our visit finished with a tasting, of course, and we tried five of the Zárate range (Eulogio also makes wines under his own name). We left the bodega feeling like we’d made new friends. 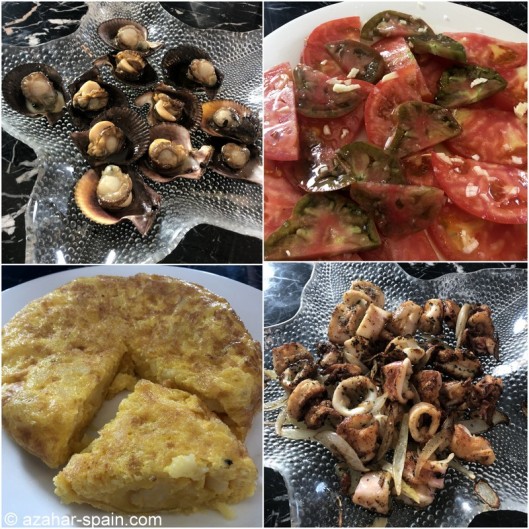 Lunchtime! Eulogio recommended a spot in Cambados called Vinoteca Ribeira de Fefiñans and we had a nice break there before heading to our next destination. 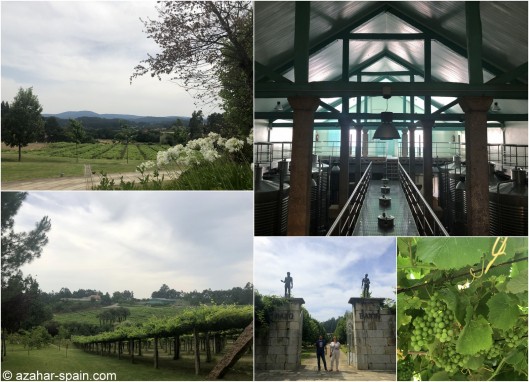 Then it was off to the very impressive Pazo Baión, a 30 hectare property that includes the vineyards, palace, the “dairy” and the winery. By this time it was peak tempurature on this unseasonably hot day and we were all pretty zonked, but we enjoyed the tour and tasting. Plans are afoot to turn the old palace into a boutique hotel, which I would love to see when finished. 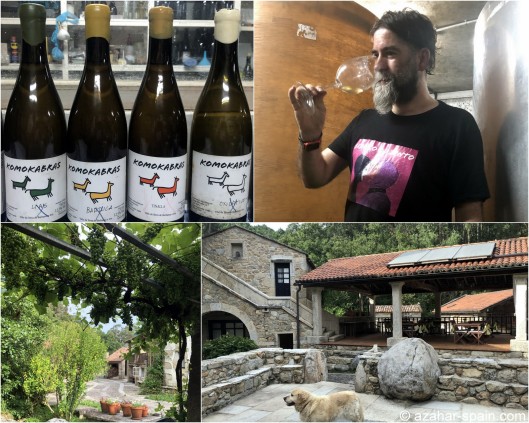 Our last stop for the day was Entre Os Ríos, a unique bodega that is actually not included in the DO Albariño. Its winemaker José Crusat – who I dubbed the Mad Scientist – creates artesanal wines and is clearly passionate about his work. The bodega is next to the family home, which is also a small rural guest house.

Finally we were on our way back to Santiago, stopping off for a quick bite en route. It had been a long, hot and fascinating day. Next up… Ribeira Sacra and Ribeiro.