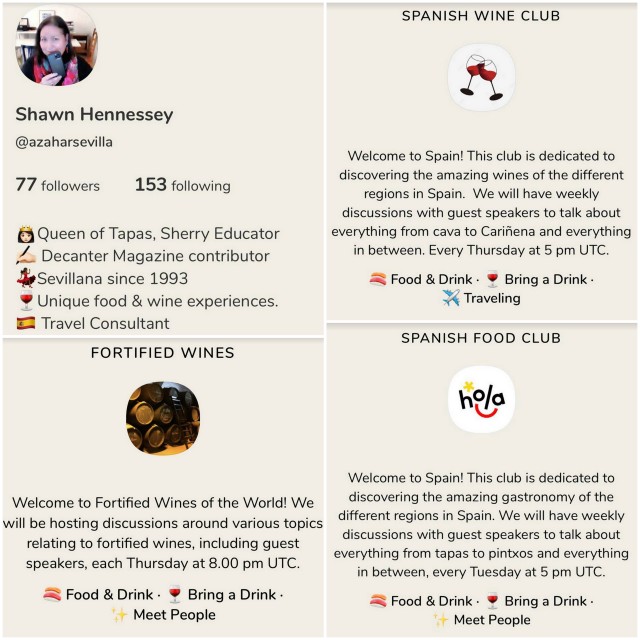 My goodness… I have suddenly gone from being a very reluctant participant on Clubhouse (preferring to lurk and listen) to co-hosting THREE clubs. It all started the other day when the cats woke me up way too early, about 5.30 am. So I had a look at Clubhouse and there were these two guys, and then three @jack.madrid @yaffler @sommelierbrenodefaria, having a chat about fortified wines. I popped into the room, thinking I would just lurk as always, but they started asking me questions and finally I was brought up “on stage” and ended up yakking away about sherry for ages. We finally decided it would be a great idea to have a Club dedicated to fortified wines and, since I was the only one with “club credits” left, it was up to me to get the ball rolling.

Then the next day I was chatting with my friend Gabriella @tenedortours (aka Shawn of the North 😉) and I told her about this new club and said it would also be great to start one about Spanish wines. Gabriella has has lots of experience on Clubhouse already, speaking and moderating on various clubs, so she got the new Spanish Wine Club set up in no time. To compliment it I set up the Spanish Food Club, because you really can’t (or shouldn’t) have one without the other. And so that’s how it all happened.