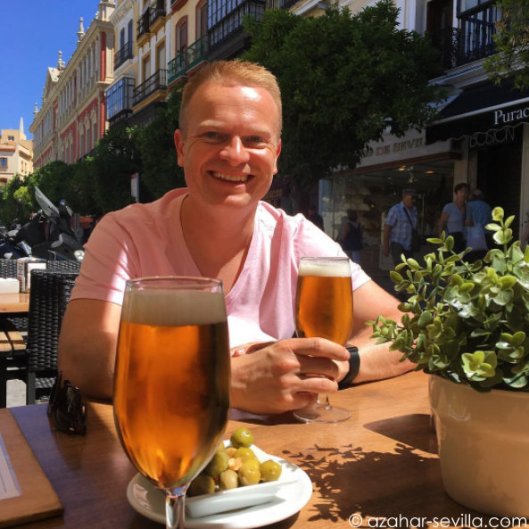 I met Tim @Biltawulf last year when he and his friend Ed came on a tapas tour with me. Then earlier this year Tim got in touch again – he was planning another trip to Sevilla, this time to celebrate his 40th birthday with four friends from London. I was looking for something different for him, and in the end took them out on Saturday afternoon for a Tasting Triana Tour. But as Tim arrived a day earlier than his friends, we met up on Friday afternoon too and he helped me with some Tapas Research. This turned into an impromptu tapeo, starting with cold beers in the sun before heading to Sahumo (which had a new tapas menu I was keen to try out), with a short detour to La Cata Ciega across the street, as we got there before Sahumo was open.

The next day was the tapas tour and then, after Tim’s friends left early Sunday afternoon, we met up again for yet another impromptu tapeo, this time taking in Casa Morales, Abacería Antigua de San Lorenzo and Eslava, finishing with a birthday cake and cava. Then it was time for Tim to catch his flight home. Looking forward to getting together again, either here or in London. Good ol’ Twitter does it again. 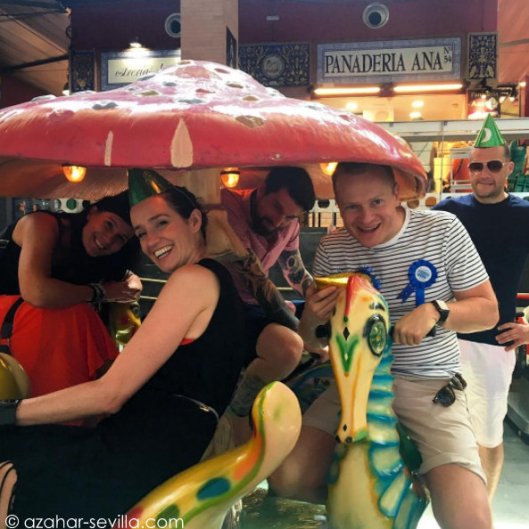 As you can see, the tapas tour was a serious affair. 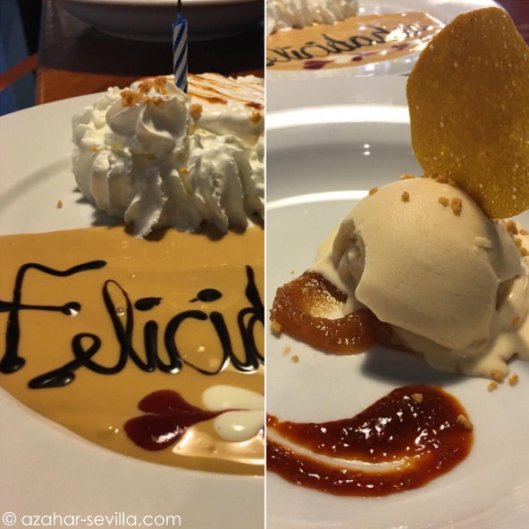