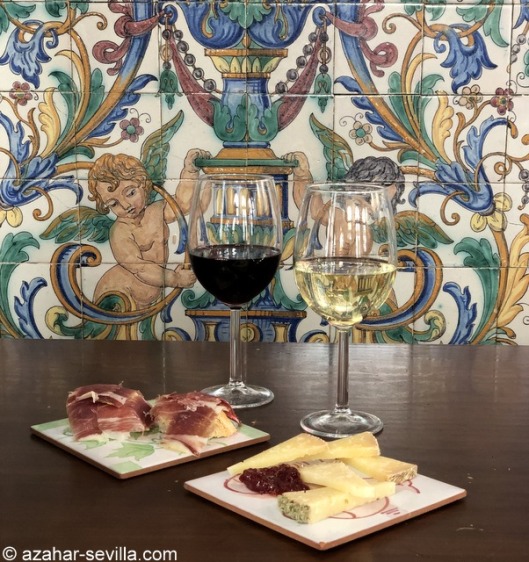 It had been awhile since I last saw Ania @aniainspain (Christmas time in Málaga) and even longer since we’d gone out together in Sevilla. So we made a plan to go Trianeando. We started off with a bit of jamón and cheese at the gorgeous Alfarería 21, before moving on to my latest discovery. I’d spotted a new opening in Triana, a small abacería called Clochard (French for vagabond) and heard that the owners were a Pole and an Italian. An intriguing international combination.

Ania was especially interested to meet the Polish owner, as she is Polish herself, but he was away. But we did meet Francesco, who was lovely, and had a nice time chatting with him while trying some delish fish tapas. We also met a Canadian family there, who are staying in Triana for a few weeks and, just before leaving, also started talking to three people at the next table. Turns out they run Sevilla’s only pawn shop, and vintage goods store, called Overtime. Some of the cool décor at Clochard came from Overtime, so I am looking forward to visiting the shop soon

Last tapas stop was Las Golondrinas for a couple of their famous – and delicious – pork tapas. By this time Ania was craving something sweet, so we headed over to Manu Jara’s dulcería. I’m not big on desserts, but I love his colourful displays. Normally we would have finished the afternoon with a penúltima, but Ania had made plans to go running with her gym group, so we were spared any more wine (probably a good thing). Such a fun afternoon. Pics below… 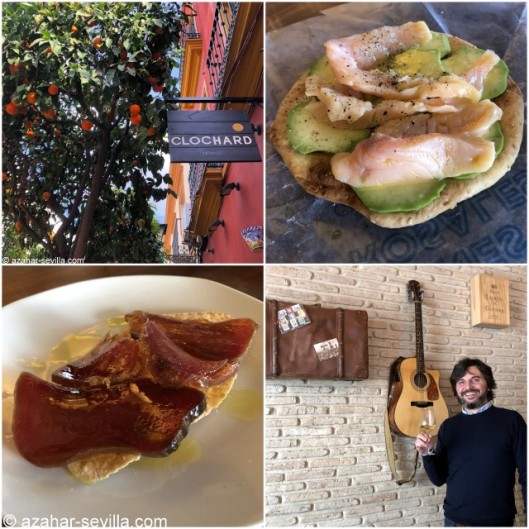 Juan, María and Alex from Overtime, Sevilla’s only pawn shop and vintage store 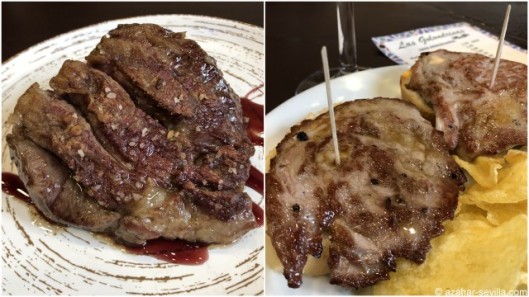 abanico and punta at Las Golondrinas 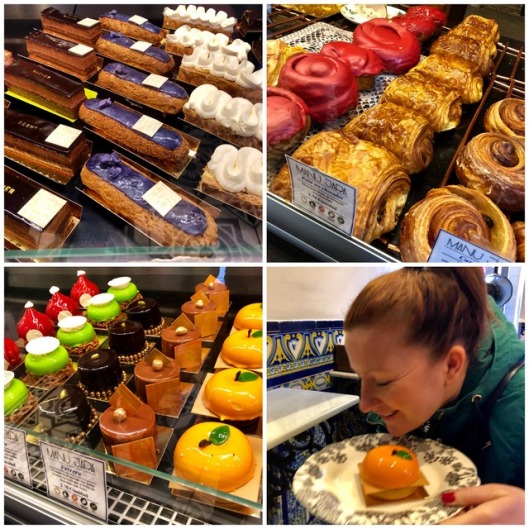 Ania having dessert at Manu Jara