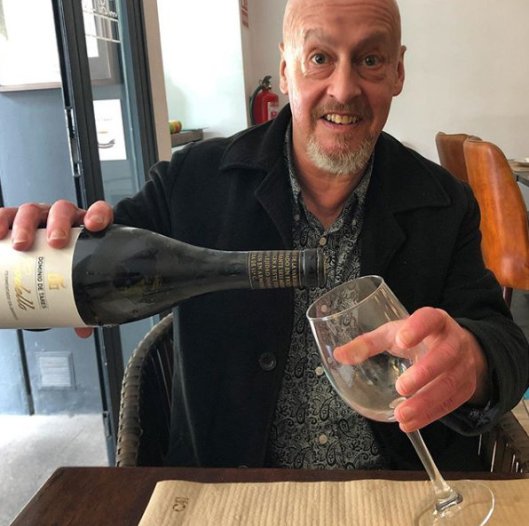 Yet another Twitter/Instagram Pal, Paul @pauljwhite is from Newcastle but he spends a lot of time travelling, especially to Spain. We first met in person earlier this year when he was in Sevilla and he’s been back a couple of times since. And guess what? He loves doing Tapas Research!

He was also very helpful this time because one of our dishes arrived way overcooked. As I had already *ahem* mentioned a couple of other things to the waiter I asked Paul if he could send back the offending tapa. Well, Paul speaks next to no Spanish, and the waiter spoke no English, so I called the waiter over and just pointed to Paul, who picked up a piece of the dried out solomillo with such a perfect scowly face and kind of shook the dead meat around… that plate was removed SO FAST and was quickly replaced with a perfectly cooked version. Ha.

Looking forward to Paul’s next visit in January, and to meeting his daughter Molly. 🙂

2 thoughts on “more fun with paul!”