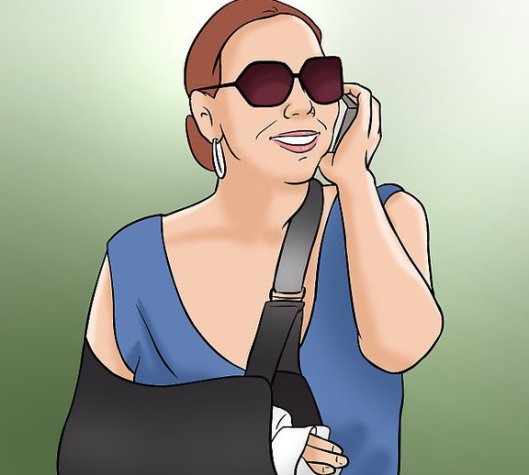 So after more than three weeks suffering with REALLY BAD shoulder and arm pain (lately lots of pins and needles in arm) I called my doctor, who said if it was serious pain I should go to emergency, in case they wanted to take an x-ray. So I did. And at emergency they kept asking why I hadn’t gone to see my doctor. Whatever.

I got seen to and after a perfunctory examination was told I had “omalgia” (no attempt to discover the source), was given a sling and a jab in my bum (anti-inflammatory) and sent on my way with prescriptions for paracetamol, ibuprofen, omeprazol and diazepam.

Well fuck that shit. If I just wanted to be given a whack of drugs I would’ve gone to my doctor three weeks ago. Seriously… painkillers, anti-inflammatories, fucking valium and oh, a stomach protector?? Because my shoulder hurts. A lot. And no attempt to find out WHY it’s hurting so much? Fuck.

This first happened to me about two and a half years ago and my lovely friend Kate @sledpress sent me THE CANE which I’ve been using but, unlike last time, it’s just not doing the trick. Have also been using SPIKE, which Kate sent as a part of a birthday package ten years ago. My gosh, that girl has been looking after me for quite some time now! I don’t know why what worked before isn’t working now.

On the plus side I got in 10,000 steps by walking home from the hospital (luckily today it was a balmy 36º, tomorrow it goes back up to 42º). I lasted with the fucking sling for about 20 minutes before ripping it off my neck. And now I am back at home looking for ways to get better on my own. Emergency doc also told me not to do any exercise. This sucks.