Not only are many balconies here decorated with beautiful tiles on the UNDERSIDE so that we get to enjoy them, but sometimes they also have some interesting information. This building is just down the street from me and I’ve passed it many times without noticing the name of the architect and the year it was built. Always look up.

By the time I moved to Sevilla Los Gabrieles had already been abandoned, though I think the hostel next door (and above it) was still in operation. It has since closed too. Apparently it is inspected from time to time by the Urban Planning Department, and the paper ads plastered all over this gorgeous tilework are removed.

The original tiles date back to the 1930s and were made in Triana at Mensaque Rodríguez y Cía, which closed its doors for good in December 2006. As you can see, Los Gabrieles was also used as a gaming toom, late last century. What a shame that it is just left like this to deteriorate. I would LOVE to see this place restored and used. Any takers? 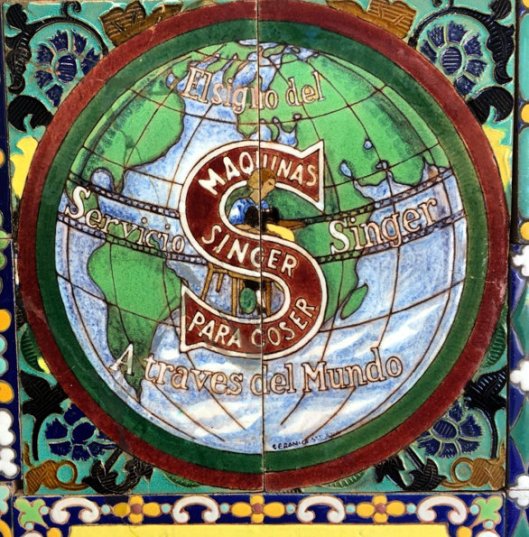 No, not a flamenco singer. This one is pronounced Seen-GAIR.
(from last week’s visit to the Ceramics Museum)