Such a long-awaited event for so many reasons. The last Vinoble took place in 2018 and should have happened again in 2020… and well, then it didn’t. For me it was such a treat to see all these people again, many of whom I hadn’t seen for four years or more. Others I met for the first time. And others I have seen more recently, well, it was just great to say hi and catch up. I loved this so much. Filled my heart.

I was given this abanico when I was at Vinoble and now it’s one of my favourite things.  A sherry fan for a sherry fan. 🙂

During Vinoble there were several tastings and cooking demos. The tastings were immediately sold out as soon as they became available online, which was frustrating because the site was down most of that morning. Tickets for the demos became available an hour before the presentation, which seemed more reasonable, though in the case of the jamón demo all the tickets were gone well before the appointed time.

Anyhow… we did manage to get into this “show cooking” by a restaurant in Cádiz called Código de Barra (which has been on my “to do” list for awhile now). Chef Leon Griffioen prepared some exceptional dishes which were paired with spectaclar wines from Bodegas Piñero, Urium and Las Botas. Next time I am in Cádiz this will be my first stop. Well, after Casa Manteca. This was the menu…

The best friends are sherry friends! These are just a few of the lovely people I got to see and hang out with during Vinoble 2018. 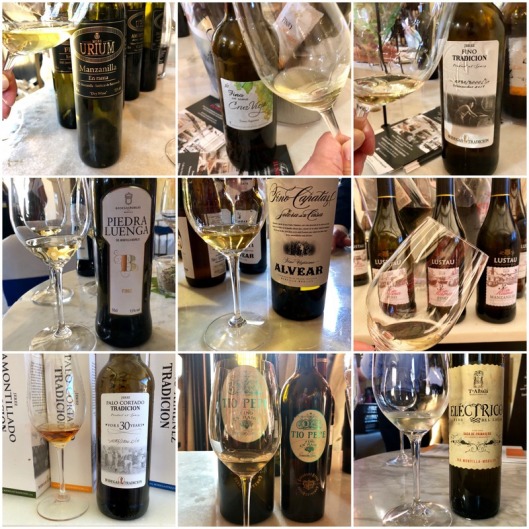 Wish you were here! xx 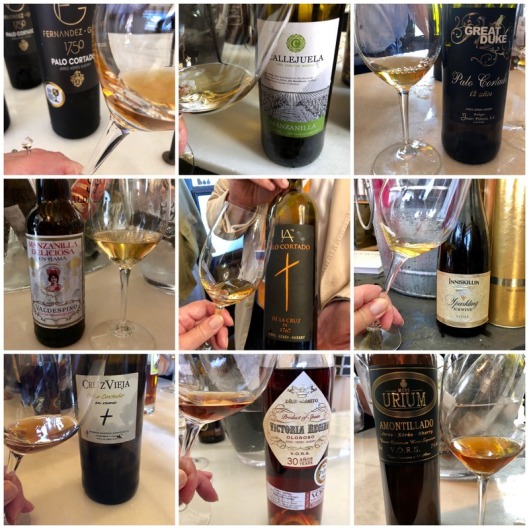