Unless it’s prepared like this. I feel a bit like Sherlock Holmes and also grateful for having most of my life (including meals) up somewhere on the ol’ internets, because I think I have solved a mystery that’s been plaguing me for at least five years and probably more. So okay, getting to the point (and be forewarned, this is probably going to be really boring so don’t feel obliged, but I want the info here for future reference)…

After that last emergency op in August 2011 things didn’t heal as well as after the previous three cancer ops, which I think was in part my fault. I was extra impatient about being in hospital AGAIN and I remember begging the surgeon to let me go home on the Friday (the op had been on Monday, and we’re talking major abdominal surgery). I just wanted to be back home with the cats and sleep in my own bed and couldn’t bear the thought of spending the whole weekend in hospital (they only discharge people on weekdays). Well, turns out I should have stayed in because after promising the doctor that I’d “be good”, I really wasn’t. I didn’t wear my “faja” all the time at home (it was August and too hot), and I was out and about more than I should have been. The result was that I ended up with an umbilical hernia as well as the usual post-op adhesions. What’s this got to do with cauliflower you ask?
END_OF_DOCUMENT_TOKEN_TO_BE_REPLACED

Well, or at least a teaspoon a day for starters. Thing is, I’ve heard whisperings about the benefits of turmeric for years, specifically with combatting inflammation, which it seems I have in spades. But it was only when I happened upon a tweet about it couple of days ago (yep, in the middle of the night) that it finally clicked that I should get on this. Or at least give it a go.

So I bought some turmeric the next day and proceeded to make some stuff, adding it to my usual salsa az, adding it to some garbanzo flour batter… but I needed more. I wanted to know how I could get my required daily amount in one go, and also what that daily amount was. Turns out it’s about a teaspoon of ground turmeric a day (which is what I’m going with) or as a supplement 250-500 mg. So now I am working out how to get that teaspoon all at once, like maybe in a shot of tomato juice in the morning? And I will continue adding it to my cooking, but that will be for bonus benefits. So, while I may be ten years too late on this, will report back in a couple of weeks.

Day three! Final day of PET scan prep and the no-carb-no-booze diet. And as you can see, I have been eating rather well. Wouldn’t want to eat like this forever, but I may start taking regular “carb & booze breaks” from now on. Or even just have the occasional no-carb-no-booze day. I actually had way more ideas for great non-carb things to make than I had time for.

I only realized yesterday that I also wasn’t supposed to be drinking caffeine (!!) but apparently that’s more important during that last 24-hour stage, which is today. I certainly won’t make a habit of drinking green tea for breakfast, and a couple of times I would have LOVED a glass of wine (especially when out and about) but it really hasn’t been a big deal. 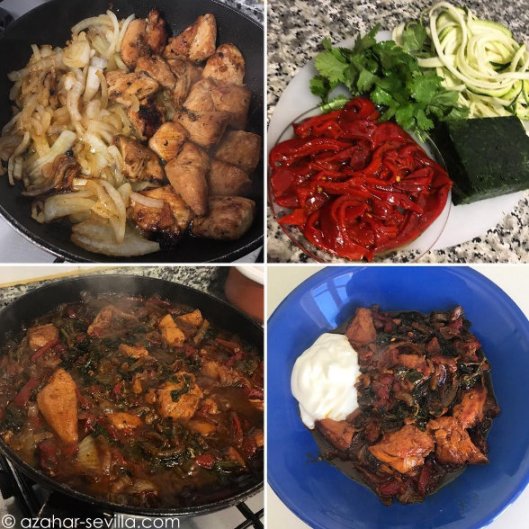 Anyhow, looking forward to having some toast tomorrow! The usual routine is that I get the scan done between 8 and 10 in the morning. Then I go for breakfast in the cafeteria while they check the images. Sometimes I have to go through the machine a second time, sometimes I don’t. After that, I’ll get my results. I’m so nervous! See you on the other side…

It’s gonna be a fun three days… and then I get a tube up me bum. I didn’t actually remember following this diet the last time I had a colonoscopy (but apparently I did). Though I seemed less informed back then than this time (no red meats, etc). Also, I’m not on chemo this time! But the weird thing is that it’s been almost six years since my last colonoscopy, which is, well, weird. I can’t seem to get a straight answer from my “substitute” oncologist, but it looks like they just forgot to do this on a more regular basis. And so … this Friday I am having the nasty done once again and will see the oncologist on February 4th to get the results. And finally – I hope – I’ll find out what the new plan is for me. PET scans every year? Every 8-10 months? I’m also still waiting to get the chemo port out, but I understand that those waiting to have one put in have priority, and rightly so.

On the bright side, I will probably lose a kilo or two over the next few days. Tip of the iceberg, I know, but better than nothing… 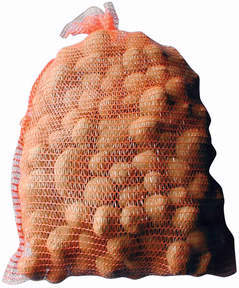 This is a 5 kilo bag of potatoes. As of today I am no longer carrying this around with me everywhere I go.

Most of you will be aware of my struggle with losing weight over the years, especially after the cancer surgeries and chemo which really screwed up my metabolism. But after my recent bout of gastroenteritis followed by the emergency op I have dropped five kilos “without even trying”.

Yes, that last bit is meant to be facetious. And of course it’s just the tip of the iceberg because I still need to lose about four more bags of potatoes, but at least I seem to be heading in the right direction after years of being stuck at the same unhealthy weight.

This has actually inspired me to get super serious about getting fit as soon as I am recovered enough to go back to the gym. But the fact that I’ve lost these five kilos while basically sitting around on my butt since mid-August is also inspiring because it has made me realise how just a few small changes in my diet can make a huge difference. And these are changes that I know I can live with. Go me!