Last Sunday I was out for a walk and, well, FUCK IT WAS HOT, so I thought I’d take a detour on my way home to see if one of my fave places Taberna de Pasos Largos was open for a cold beer (as it used to always be open on Sundays). Well, not only was it closed… IT WAS GONE. I mean, totally gone. Empty. And my heart broke a little, once again.

The toll of this fucking virus can be seen everywhere, but in my own world I am (so far) mostly affected by the restrictions it puts on me, including having lost my job and only source of income, as well as the loss of so many wonderful bars and restaurants. And this time I lost something very special. I don’t even know what to say, other than I will miss Paco, Pepe and Isi very much. Yes the food was great, the wine too, but I will mostly miss just being there with them. So sad. 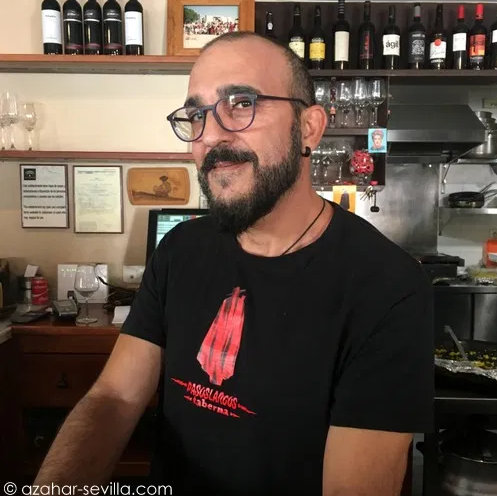 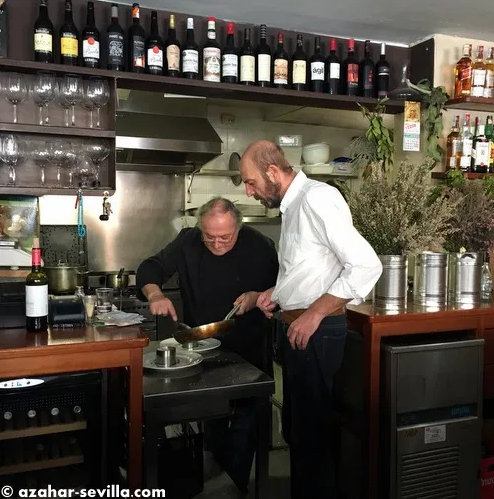 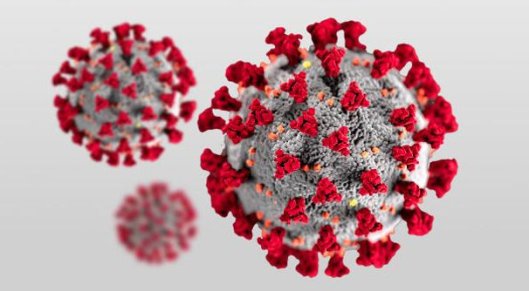 This is tough. Yes, lockdown was lifted here on June 22nd, and non-essential shops, along with bars and restaurants, were allowed to slowly reopen. And so far that seems to be going well. People are mostly following the rules.

But then Spain immediately opened its borders not just to EU Schengen countries but also to the UK, which was basically WAY BEHIND in their Covid response, and even now have yet to call for a the mandatory use of masks.

After lockdown was lifted here nothing much changed for me. I stayed home, waiting to see what was going to happen. Would there be a second wave of infections two weeks later? How safe was it really? For those who don’t know I am in a high risk situation due to being immunocompromised due to previous cancer and chemo treatments, and also because of my age. So not only am I more likely to catch this fucker, I am also more likely to die from it. A sobering thought.

But I have been out for tapas now… maybe 3-4 times? And also for the occasional cold beer when I’ve been out grocery shopping on my own. Have also had a couple of business meetings and a trip to the hospital. Though I mostly keep myself to a schedule whereby I only go OUT THERE about once a week, and maybe meet up with a friend every other outing. Which leads me to… END_OF_DOCUMENT_TOKEN_TO_BE_REPLACED 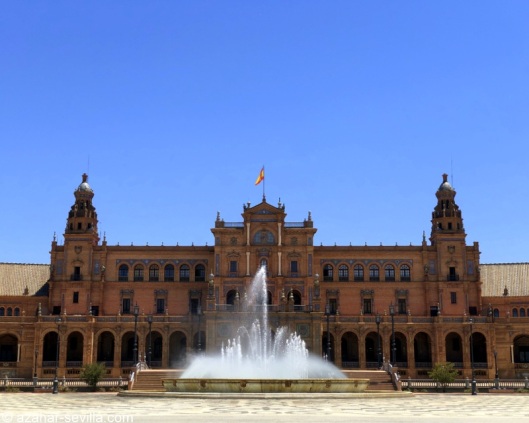 Just look how fucking gorgeous this is! That is the Plaza de España WITHOUT ANY TOURISTS. My goodness, what a beautiful sight. I snapped this pic while walking home from the hospital today. Finally got my oncology checkup to review all the tests I’ve had done (Feb-March). This got postponed, like most things, by the VIRUS. But today was the day. Luckily I had already been given copies of the test results from my GP so there were no big surprises.

Basically, after another colonoscopy, an upper abdomenal barium x-ray, another CT scan of my thorax and abdomen, and more blood tests, they still don’t know what THE THING is next to my stomach. But it appears to be behaving and they think they can rule out cancer. But short of cutting me open again they can’t know for sure. And they really don’t want to cut me open again. So there will be another CT scan and blood test in September to see if there have been any changes.

END_OF_DOCUMENT_TOKEN_TO_BE_REPLACED 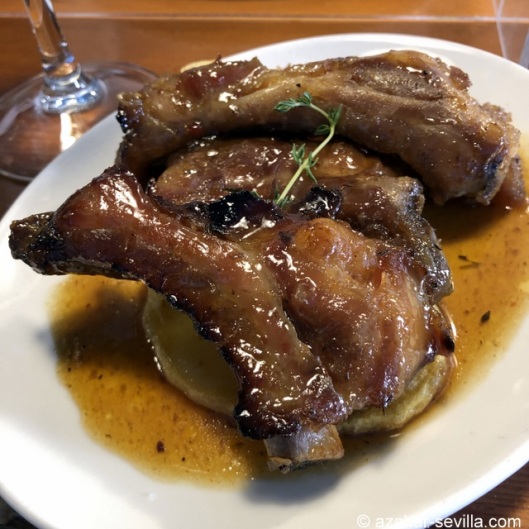 I didn’t even realise today was Día Mundial de la Tapa (World Tapas Day)! What a perfect moment to have my first tapa out in 97 days. And well it had to be THOSE gorgeous honey pork ribs at Eslava.

The day started off with a visit to the Alcázar Palace and Gardens, which just opened up to the public on Monday. I thought it would be nice to visit again before the marauding hordes start arriving here on Sunday. So I arranged to meet my friend Corinna at 11.30 (carefully timed so that after our palace visit it would be BEER O’CLOCK). 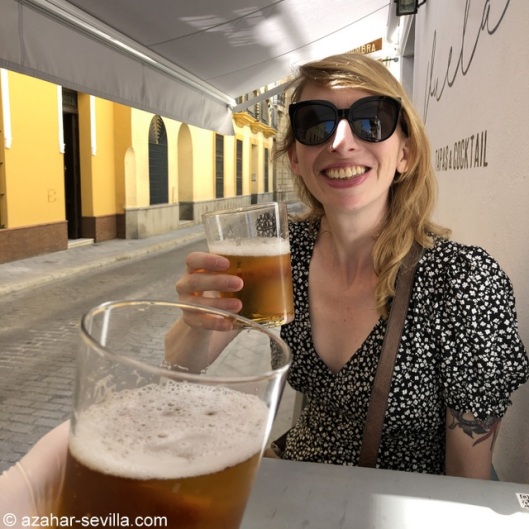 Along the way we stopped in at a couple of bars just so I could say hello to people there. It was so lovely seeing dear friends again. Corinna and I  lucked out at Eslava and got a nice socially distanced space at the bar and had an amazing lunch. And I got to see Sixto! He runs Eslava with his wife and I’ve known him for many years. We agreed that the “reopening” in our new now is more than just about business, or even the food. It’s about the people, the ambiance, the… everything! Damn it felt good to be back. 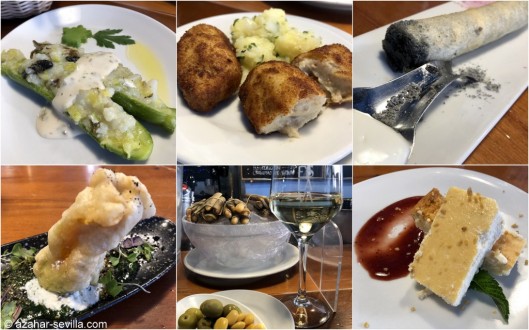 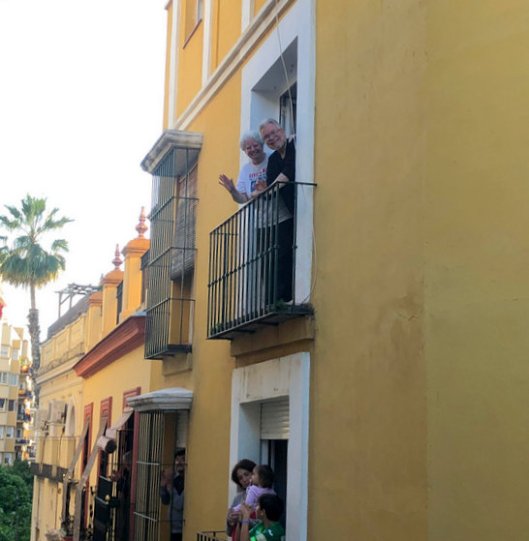 The evening appreciation applause continue around the country, and the other day I met Jeannie & Steve after they had put a banner out on their balcony celebrating their 50th anniversary (I ran to fill a wine glass and toast them too). Then I heard Jeannie saying something to her neighbour across the street and I thought… hmmm, definitely not Spanish! So the next evening after the applause I shouted hello to them and asked where they were from.

Turns out they are from Florida and got trapped here when the lockdown happened and, after their hotel was forced to close, were lucky enough to find temporary accomodation in my street. So we are now in touch on WhatsApp and Facebook and it’s lovely, this getting to know the neighbours thing. There’s a bright side to everything, isn’t there?