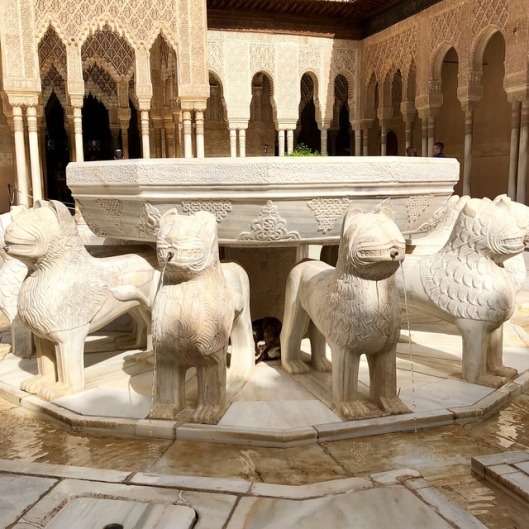 The famous Alhambra lions were away being repaired when I was last there, so it was nice to see them again. But the highlight of the Alhambra visit for me was spotting these two pretty girls (a tortie and a calico) frolicking under the fountain. Scroll down… 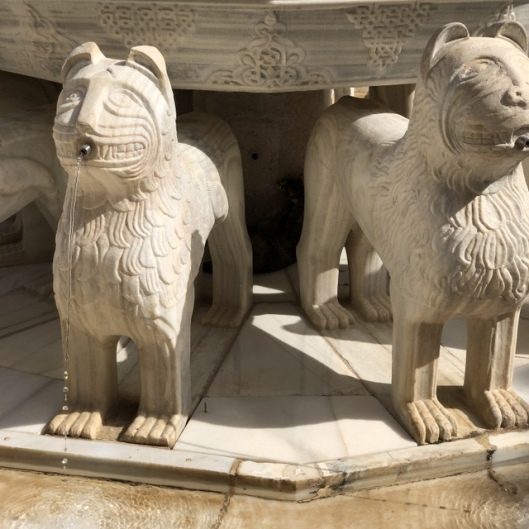 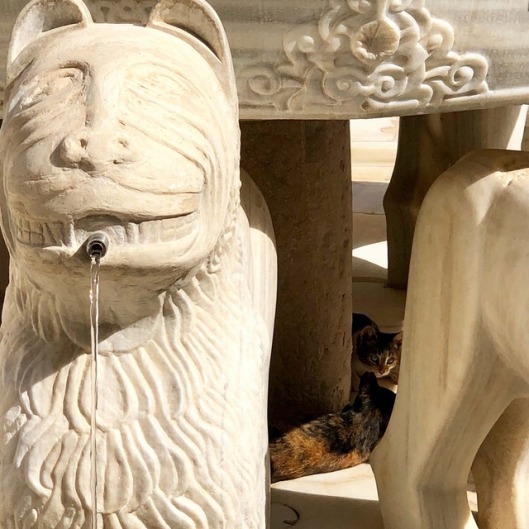 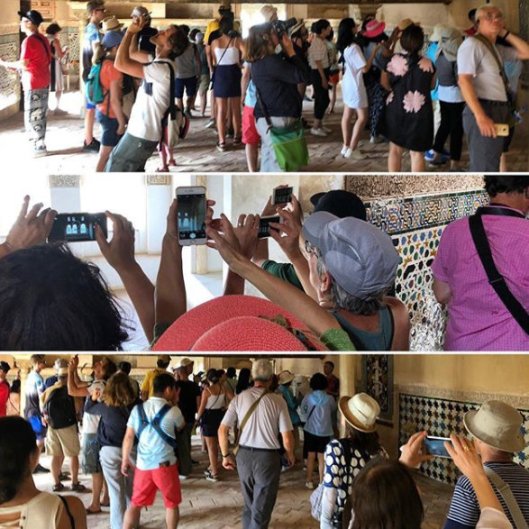 The first time I went to the Alhambra (2005) you just bought tickets at the entrance. Five years later we had to book in advance for the palaces and had a half-hour window to arrive after our allotted time. THIS time we were told to arrive at least 10 minutes before our time… which meant waiting in a long queue for 40 minutes in the blazing sun. I almost didn’t go in, and wouldn’t have if I hadn’t been with Peter, who was really keen on seeing the palaces again. You could barely move inside. Never going back… 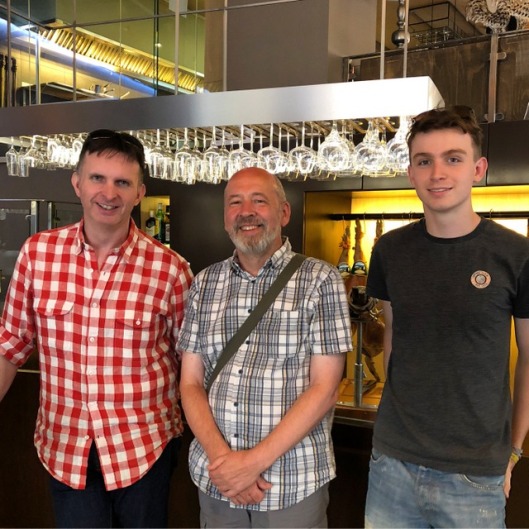 Unlike our first two action packed days in Granada, our final day there was entirely unplanned, other than we wanted to go back to a tapas bar that we had always loved, Taberna Gamboa. Which we did, after a nice pre-lunch walk down from the Alhambra, but we were sadly disappointed. The food wasn’t as good as we remembered and the service was worse. Gayle told us it had recently changed hands, so perhaps that’s the reason. Oh well.

Our friend John and his nephew Finn joined us for lunch, finishing with a penúltima at Alameda. In fact, Alameda was our penúltima stop each of the three days we were in Granada – somehow we never got around to actually having a meal there. But I have to say that the complimentary tapas there were some of the best we had.

Peter and I left Granada at the same time but in different directions. I headed to Málaga to continue my little holiday, and he returned to Sevilla to cat and house sit. It was a really good visit and, thanks to Peter’s planning, we got to do a few things there we had never done before. 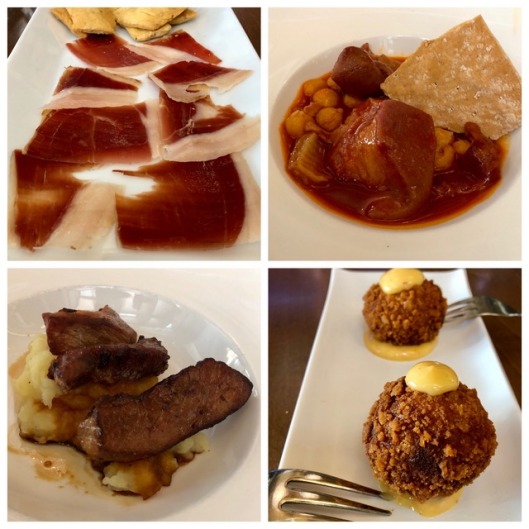 Back in February I finally met Gayle from @GranadaTapasTours in person when she visited Sevilla with her family. So it was great to meet up again on her home turf last night and be taken out on a private tapas tour.

We stopped in at four fabulous bars that I’d never been to before, and each one was unique (and delicious). Of course Gayle personally knew the owners and told us the history of each bar and also some interesting anecdotes and info about Granada. Thanks for such a fun evening Gayle!

Wish you were here!